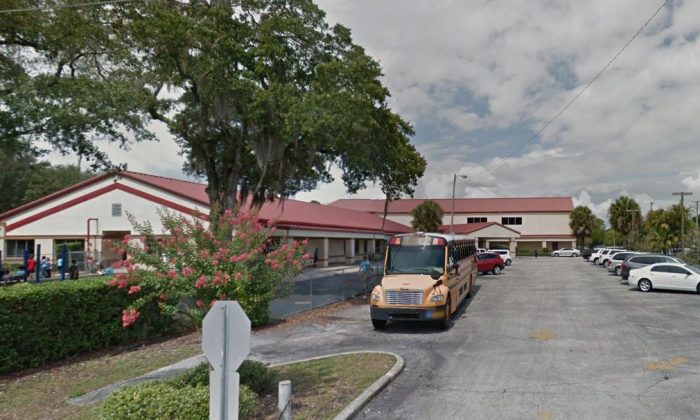 Our Children’s Academy in Winter Haven (Google Street View)
US

Two child-care employees were arrested after a video showed them abusing and taunting an autistic child in Winter Haven, Florida.

Kaderrica Smith, 26, and Alexus Henderson, 19, can be seen mocking the child, who is 8. They also are seen physically assaulting the child as he throws a tantrum.

Winter Haven police said they reviewed a Snapchat video, showing the abuse, according to Fox35. The video shows them “leg sweeping” the child to the ground; they also are seen throwing a backpack and shoes at the boy, police said.

The boy has been diagnosed with autism, ADHD, ODD, and severe outbursts.

One of them tells the boy, “Your face is gonna be in the toilet. Pick up something else and throw it.”

Police said Henderson and Smith were certified last month to work with children with autism.

Rae Ryan, a local woman, said she pulled her 8-year-old son from Our Children’s Academy in Winter Haven.

“In January, I went into the school and witnessed them dragging a child by their arms and feet down the hallway, and that was the last day my son went there,” Ryan said.

Winter Haven Police Chief Charlie Bird said in a statement: “These workers were supposed to be trained in how to handle children with behavioral issues. They are trained to de-escalate situations, but that obviously did not happen.”

According to the police interview, the two felt they were doing the right thing.

“An initial interview conducted with both Henderson and Smith revealed that they felt they were acting appropriately and they did nothing wrong. The facility immediately fired both Henderson and Smith and [the Florida Department of Children and Families] placed a hold on their certifications so they could not be re-employed by any entity working with children while the investigation was being conducted,” a statement reads.