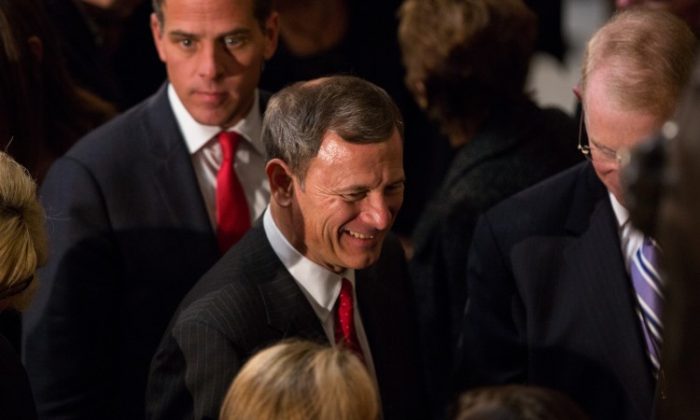 Supreme Court Chief Justice John Roberts was targeted by credit card fraud recently and has had to pay with cash this week.

The Washington Post reported that when Roberts tried to get his morning Starbucks coffee earlier in the week, he was forced to use cash instead of a credit card. He apparently told the cashier that someone had got his credit card numbers, and he was forced to cancel his card.

The Huffington Post also reported that Roberts made a similar statement in a Washington D.C. barber shop on Wednesday. He was overheard as saying that the theft originated in Kentucky.

A Supreme Court spokeswoman said someone got hold of one of Roberts’s credit card account numbers. The court did not provide any other details.

The last reported criminal incident involving a justice was in May, when someone broke into the Washington home of Justice Stephen Breyer. No one was home at the time.

Roberts, 58, is the 17th Chief Justice of the Supreme Court,after he was appointed by former President George W. Bush. He is said to have a conservative judicial philosophy.