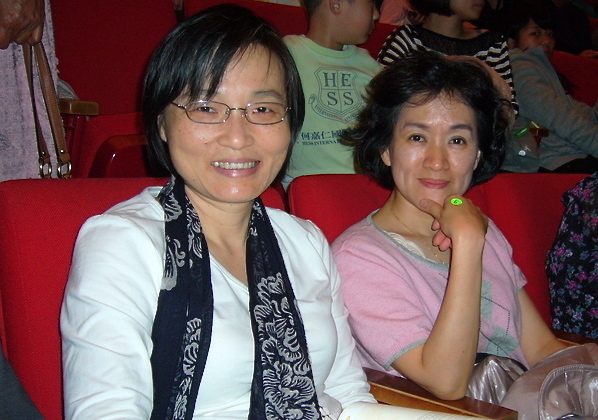 “The artists danced so well and were so nimble,” she added.

Ms. Chang was especially impressed by the piece Joyful Little Monks in which “apprentice monks gather to tidy up the temple with brooms, basins, and washcloths. Eager to do well, they put their hearts into their work—with fun and humorous results,” states the program booklet.

She said, “Not only did the dance itself expressed strength and beauty, but it was also fun. The story is part of traditional Chinese culture and resonated with me.”

Ms. Chang was also impressed with Shen Yun’s high-tech, animated backdrops. “The scenes on the backdrop blend in with the artists and the stories. It’s not an easy thing to do, synchronizing with the artists’ movements. It’s a wonderful combination of digital technology and real people; very refreshing!”

Ms. Chang concluded by saying: “Shen Yun’s performance includes dances from different ethnic minorities in China,” and she said she also enjoyed the tenors and soprano who use the bel canto technique to perform piano-accompanied solos. “The songs mention the divine. It surpasses religion and does not give me the feeling of religion. It’s such a unique and incredible art feast.”