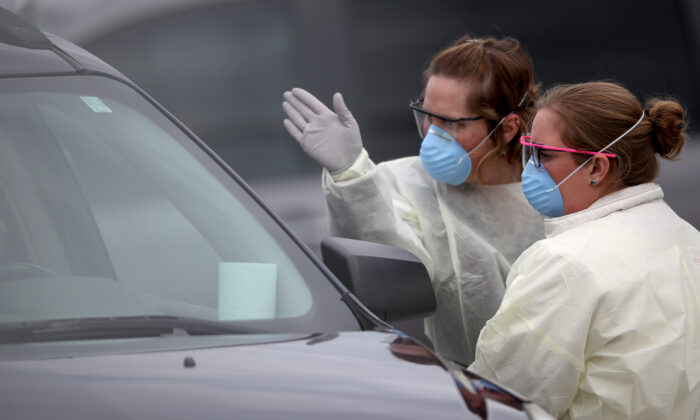 Oak Park, Illinois, a suburb of Chicago, has implemented a shelter-in-place order for its residents, lasting from March 20 until at the minimum, April 3, in an attempt to curb the CCP virus.

Oak Park Mayor Anan Abu-Taleb, in a statement, declared a local state of emergency over the pandemic and is calling on locals to stay home.

Oak Park Public Health Director Mike Charley has now “issued a public order that requires residents to shelter in place effective Fri., March 20 through Fri., April 3,” according to the statement.

The shelter-in-place includes businesses that provide essential services such as banks, grocery stores, convenience stores, pharmacies, and restaurants for pickup and delivery only.

“The action of the Mayor is in place until the next meeting of the Village Board of Trustees,” the statement said.

Oak Park, with a population of 50,000, is located adjacent to the West Side of Chicago.

Several other cities including San Francisco and Frenso, California, have issued similar measures in recent days over the CCP virus. And on Wednesday night, Colorado’s Miguel County implemented such a move.

The county also said it will test the entire population for COVID-19.

“We know just testing is not enough to fight this virus. If we invest in the short-term inconveniences of isolation and sheltering-in-place now, we will save lives,” Grace Franklin, the county’s public health and environment director, said in the statement.