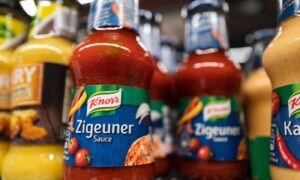 Chicago: Shootings Over the Weekend Leave 4 Dead, at Least 22 Wounded

Shootings in Chicago over the weekend left four men dead and at least 22 other people wounded.

Juan De la Fuente, 35, was shot in the abdomen during a party with a group of co-workers, police told the Chicago Sun-Times. De la Fuente had left the party after arguing about beer and returned with a handgun, shooting two men and pistol whipping a third.

The other three deaths were young men, aged 18 and 24.

Two of those happened at about 11:20 p.m. Saturday night in the 0-100 block of South Parkside Avenue in the South Austin neighborhood, with two 18-year-olds dying. One of the men was identified as Antione Green.

During the third death at about 4:25 a.m. in the East Garfield Park neighborhood, a woman was left in serious to critical condition after being shot in the chest and the back, and two other women suffered lesser wounds, reported the Chicago Tribune.

At least 22 people were wounded in various incidents across the city.

Chicago is a relatively violent city, referred to as “Chiraq” by some people for its death toll comparisons to the war in Iraq.