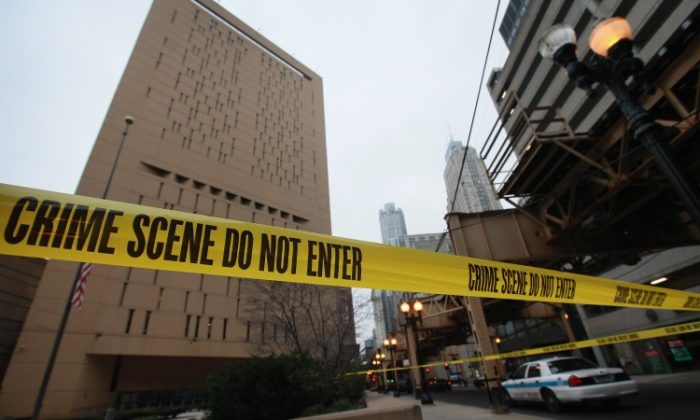 Chicago police are looking for two convicted robbers who escaped from one of the city’s high-rise jails by climbing out via a rope made from proverbial bedsheets.

The two men fit through a hole in a window only five inches wide.

“You’ve got to be a contortionist to pull that one off,” said Scott Fawell, the top aide of convicted former Governor George Ryan, told the Chicago Tribune. Fawell himself spent around eight months at the Metropolitan Correctional Center (MCC), where the two men were jailed, on corruption charges.

The FBI issued a press release saying it is asking for the help of the public in locating Joseph “Jose” Banks and Kenneth Conley. The two men, the FBI said, “staged a daring escape from Chicago’s (MCC) in the early morning hours” on Tuesday.

The federal law enforcement agency said it would give $50,000 to anyone with information leading to their capture.

When it was determined the two men escaped the jail, the FBI launched a massive manhunt to try and find them, but to no avail.

Jail guards found the window of their cell open and the rope was tied to the bars, law enforcement said, according to the Chicago Tribune.

They also placed large quantities of clothing and other items under blankets in their beds to make it appear that they were still in bed. The authorities also discovered fake bars in the cell.

After it was discovered that they escaped, jail officials placed the whole facility on lockdown and visitation rights were temporarily canceled, the Tribune reported, citing criminal defense attorneys who were seeking to meet with clients. Around 700 inmates are housed there.

Banks is considered one of the most prolific bank robbers in the history of Chicago.

Conley pleaded guilty to a robbery last year for threatening a teller, holding a pistol.

“If you don’t give (the money) to me, I will put them in your head,” Banks allegedly said during the robbery, according to the paper.