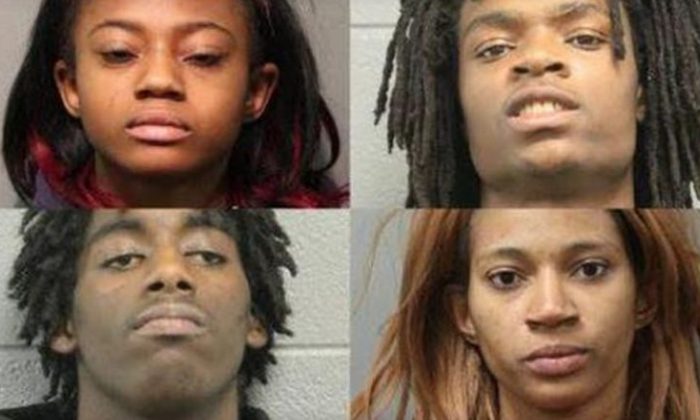 A Chicago man who was the alleged ringleader of the beating and torture of a mentally disabled teenager that was livestreamed via Facebook pleaded guilty to a hate crime. He was sentenced to eight years in prison.

Jordan Hill, 20, became the third of four defendants to plead guilty in taking part in the attack in January 2017. Cook County prosecutors said the victim, who knew his attacker from high school, has schizophrenia and attention deficit hyperactivity disorder, according to the Chicago Tribune.

The lawyer for Tesfaye Cooper, 20, who is the remaining defendant in the case, said that his client is considering a plea deal.

Brittany and Tanishia Covington, who also partook in the attack, have already pleaded guilty, according to reports.

In the case, Judge William H. Hooks, who is black, directed Hill to look at civil rights leaders whose portraits were hanging in the walls of the courtroom, CBS News reported.

“A lot of things you think you know, you don’t know,” Hooks told Hill. “Every time you take an act like this … terrible act on this young man who could not defend himself, you spit on the graves of all of the people on these walls.”

In the video, which was streamed on Facebook, the teen could be seen bound and gagged while he was cut with a knife by Hill and Cooper. They also made “derogatory comments” about President Donald Trump and the victim’s race, said Assistant State’s Attorney Risa Lanier, according to the Tribune.

Lanier said that Hill spoke to the victim’s family, demanding $300 for his safe return. The victim was able to leave the building when the suspects left the building.

According to CBS, Chicago police said they found the victim wandering around in shorts and a tank top in cold weather. He was described as “bloody” and traumatized.