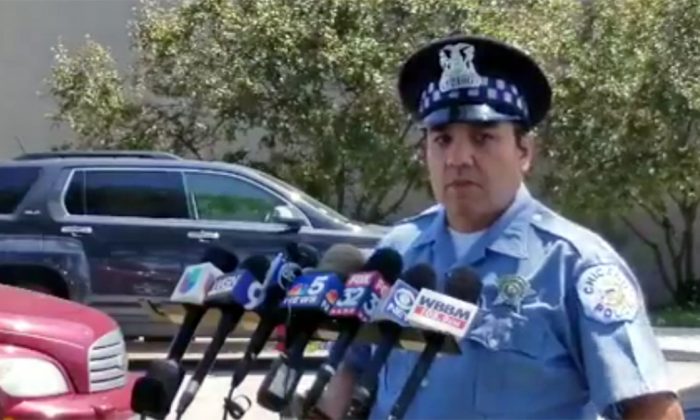 There are growing fears a disturbing physical attack on a disabled Illinois teenager may have included sexual assault, authorities revealed on July 24.

Chicago Police Department (CPD) is investigating whether Janise Harris, 15, was subjected to any form of sexual abuse while she was away from home. She was away for five days, spending time with peers who claimed to be her friends.

When asked at a press conference whether the victim had been sexually assaulted, police confirmed that it seemed to be the case.

A viral video seems to show five teenage suspects who befriended and later started to beat Harris. Harris does not provoke or retaliate. Jara described it as “sick” and “disgusting.”

A police spokesperson revealed investigators have begun analyzing the video.

“This clip has been forwarded to the Chicago Police Special Victims Unit, and a criminal investigation has been opened,” CPD Chief Communications Officer Anthony Guglielmi said on Twitter.

This is beyond disturbing to watch and this young girl deserves far better. This clip has been forwarded to the #ChicagoPolice Special Victims Unit and a criminal investigation has been opened. https://t.co/2yUsBreKa6

The investigation came after a teen claiming to be Harris’ real friend uploaded a video of the alleged attack.

“These girls jumped my friend, Janise Harris who has a mental disability that has been progressing since the passing of her mother,” Tyla said on Twitter. “Please, share and retweet! I want justice for my friend, she didn’t deserve any of this.”

These girls jumped my friend Janise Harris who has a mental disability that has been progressing since the passing of her mother, I know this won’t blow up since I’m a small account but please, share and rt! I want justice for my friend, she didn’t deserve any of this. pic.twitter.com/yq3OkOlTkq

Tyla explained she was unable to help break up the attack because she received the video from a “mutual friend.”

“It might be easy to blame me for not jumping in or helping her, but I personally was not there,” she commented on Twitter. “Please, if I was there, I promise I would’ve helped.”

Police believe the scene of the alleged attack was somewhere on the south side of Chicago and are still trying to determine the motive of the attack.

The suspects could be charged with battery and other felonies according to a police interview with the victim that detailed multiple alleged attacks.

Jara said the teenager was missing for several days before a concerned citizen helped the father find Harris, take her to hospital, and report her assault to police.

“[She was] found by a concerned citizen and her father in the 11th district,” Jara said. “[The victim] had been gone for about five days before she was reported missing or before anyone had contact with police until yesterday in the third district.”

He confirmed Harris has received medical attention and was discharged from hospital at about 3:30 a.m. local time on July 24.

Police do not know why the family took unusually long to report Harris as missing.

“It is always concerning for police when anyone is missing for more than a 24-hour period, but it was a five-day span before anyone contacted the police,” Jara said.

Some of the alleged attackers responded to widespread criticism by uploading a video to Twitter, claiming any alleged sexual activity was consensual.

So the guy who recorded it changed his username And explained his side of story as if it makes it any better. They are all disgusting and deserve jail time pic.twitter.com/CO01I11zhw

None of the suspects are in custody at the moment according to Jara. Detectives are now canvassing the neighborhood for more videos of the incident and to find more witnesses.

“Information is coming in but we need the public’s help to hold all of the offenders accountable,” Jara said. “The victim was found to be on several videos that went viral on social media … there is no one in custody at this point.”

Anyone with information is asked to contact detectives or the Special Victims Unit by phoning 312 747 8380 or submitting a tip anonymously online at www.cpdtip.com