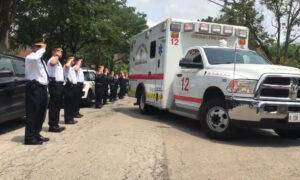 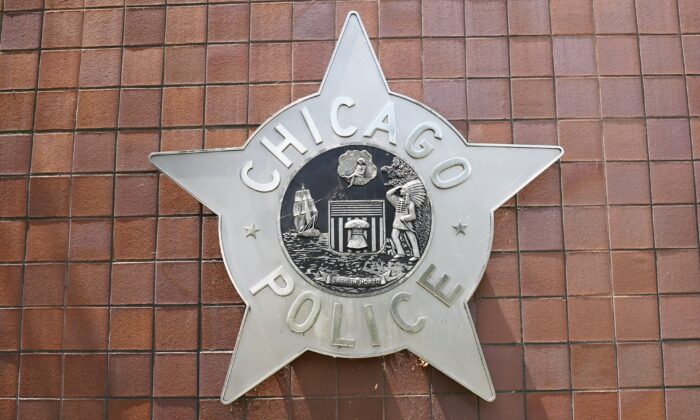 CHICAGO—Chicago police officers on August 13 voted overwhelmingly to ratify a new eight-year contract with the city at an approval rate of 79 percent, paving way for the city council to vote on the contract in September.

The new contract proposes an incremental pay raise totaling 20 percent over eight years, including a 10.5 percent retroactive pay raise from July 2017 to December 2021, and another 9.5 percent raise from 2022 to 2025, according to data provided by the Fraternal Order of Police (FOP).

The retroactive pay raise through the end of 2021 costs taxpayers around $377 million, according to director of public affairs at Office and Budget and Management Rose Tibayan in an email to The Epoch Times. The pay raise in 2022 alone costs around $165 million.

As for disciplinary protection, officers will have the right to request arbitration before any anonymous complaints against them turn into a formal investigation. If the arbitrator decides a complaint lacks objective evidence, the case is closed and no record stays on the accused officer’s disciplinary history.

Anonymous complaints against police officers are allowed under the sweeping police reform passed in January by Illinois lawmakers. Prior to the reform, for a complaint to trigger a formal investigation against a Chicago officer, the complainant must sign an affidavit (or in rare cases, an affidavit must be approved by the management).

In Chicago, the Civilian Office of Police Accountability (COPA) investigates most of the complaints against police officers, including improper search or seizure, excessive force, verbal abuse, bias, and taser discharge.

In the second quarter of 2021, COPA received 427 complaints against officers, two out of three having to do with improper search or seizure and excessive force, according to data published by COPA.

A major sticking point had been the city wanting to strip away more disciplinary protections in exchange for a raise in pay, according to Chicago FOP President John Catanzara in a previous interview.

FOP mailed out about 11,000 ballots to voting police officer members three weeks ago, urging members to turn out in large numbers to send the city a strong message.