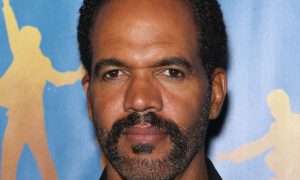 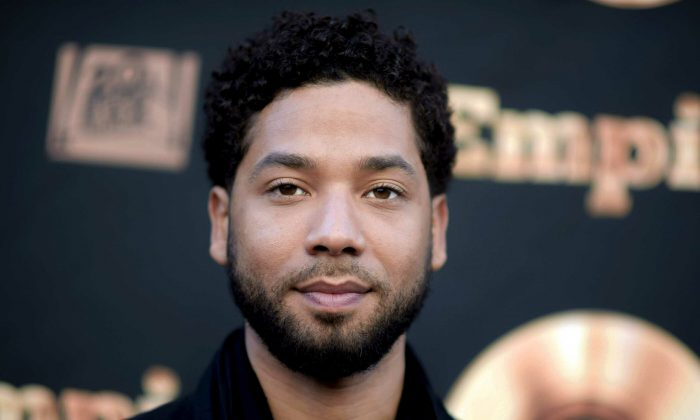 Actor and singer Jussie Smollett attends the "Empire" FYC Event in L.A. Chicago police said they're interviewing two "persons of interest" who surveillance photos show were in the downtown area where Smollett said he was attacked in January 2019. (Richard Shotwell/Invision/AP)
Entertainment News

CHICAGO—Chicago police said on Saturday, Feb. 16, that the investigation into the assault reported by Jussie Smollett has “shifted” due to information received from two brothers questioned in the case, and attorneys for the “Empire” actor blasted reports alleging he played a role in his own attack.

Chicago police had arrested, then released the two Nigerian brothers without charges late Friday and said they were no longer suspects in the attack.

ARRESTS made in Jussie Smollett attack.

“We can confirm that the information received from the individuals questioned by police earlier in the ‘Empire’ case has, in fact, shifted the trajectory of the investigation,” Chicago police spokesman Anthony Guglielmi said in an emailed statement Saturday. “We’ve reached out to the ‘Empire’ cast member’s attorney to request a follow-up interview.”

Guglielmi did not elaborate on what he meant by a shift in the case.

Smollett’s attorneys issued a statement later on Saturday, saying the actor would continue to cooperate with police but felt “victimized” by reports that he might have been involved in the attack.

“Nothing is further from the truth and anyone claiming otherwise is lying,” the statement from attorneys Todd Pugh and Victor P. Henderson said.

Smollett, who is black and gay, has said he was physically attacked by two masked men shouting racial and anti-gay slurs and “This is MAGA country!” He said they looped a rope around his neck before running away as he was out getting food at a Subway restaurant. He said they also poured some kind of chemical on him.

On Wednesday, Chicago police picked up the brothers at O’Hare International Airport as they returned from Nigeria. They described them as “suspects” in the assault, questioned them and searched their apartment.

Then, late Friday evening they released the two men without charges and said they were no longer suspects. The police said that they had gleaned new information from their interrogation of the brothers.

One of the men is Smollett’s personal trainer who he hired to get him physically ready for a music video, the statement from Smollett’s attorneys said.

“It is impossible to believe that this person could have played a role in the crime against Jussie or would falsely claim Jussie’s complicity,” the statement said.

Police have said they were investigating the attack as a possible hate crime and considered Smollett a victim. Reports of the assault drew outrage and support for him on social media, including from U.S. Sen. Kamala Harris of California and TV talk show host Ellen DeGeneres.

Smollett gave an emotional speech during a concert in West Hollywood, California, on Feb. 2 saying that he went ahead with the show because he couldn’t let his attackers win.

Smollett also gave an interview to Robin Roberts of ABC News that aired Thursday, saying that he was “pissed” at people who did not believe he was attacked.

“I’ve heard that it was a date gone bad, which I also resent that narrative,” he said. “I’m not gonna go out and get a tuna sandwich and a salad to meet somebody. That’s ridiculous. And it’s offensive.”

Earlier this week, police said reports that the attack against Smollett was a hoax are unconfirmed.

Producers of the Fox television drama have supported Smollett, saying his character on “Empire,” James Lyon, was not being written off the show.

Police said they combed surveillance video in the heavily monitored downtown Chicago area but were unable to find any footage of the attack.

Smollett turned over redacted phone records that police said were not sufficient for a criminal investigation.