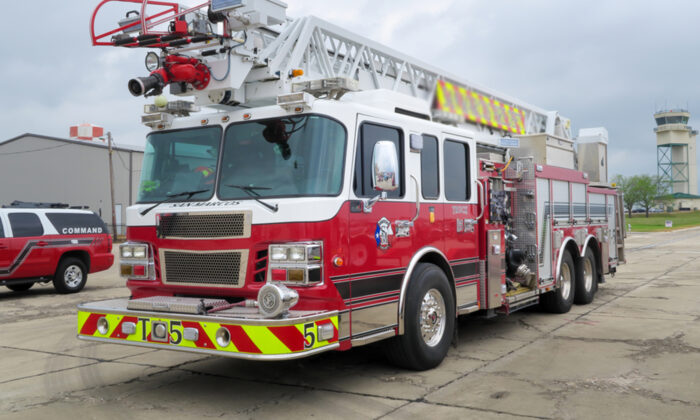 Chicago Police Department Sending Workers Home If They Don’t Get the Vaccine: Fireman

Chicago city workers who are refusing the vaccine are being sent home without pay if they refuse to take the COVID-19 vaccines, a Chicago Fire Department (CFD) employee told The Epoch Times under the condition of anonymity.

If they decide to take the vaccine later, they don’t return to duty right away, instead “they have to be processed by the city’s HR office, and that could take a very long time,” said the dishearted fireman. “And if a member is off work for more than 30 days, then their insurance will get suspended and they will have no pay/insurance for an unknown period of time.”

He told The Epoch Times that initially, 80 to 90 percent of the Chicago Fire Department members were refusing the vaccine, but not anymore.

“The majority is frustrated,” he said.

“The City and the mayors completely bypassed the unions and just used her puppets to push it through, because the police superintendent and fire commissioner aren’t in the union and are considered ‘rank exempt’ and are just doing what the mayor tells them to,” the fireman added.

More than 130 city workers filed a lawsuit hoping a judge would rule the mandates as unconstitutional, most of them from the CFD.

He further noted that the crime in the city is “through the roof,” and claimed that the “mayor is using her personal vendetta against the president of the police union, just Tuesday alone at least 21 police officers were sent home.”

“The medics are short-staffed as it is and there are only 80 ambulances that cover the entire city of Chicago, the majority of those ambulance crews run 20+ runs a day and are getting mandated to come in on their off day to work another 24-hour shift.”

The average of runs for ambulances is about 2,500–2,700 per day, he noted, and now that they are sending ambulance team members home, they will have even less capacity to respond to all sorts of incidents and accidents.

“So they are basically working 1 day on and one day off and the city is sending people home and short-staffing them more.”

He said that he worked with ambulances four years before he moved to the fire section.

“Last years hero’s who had to use paper bags to ‘preserve’ out N95 masks and … makeshift PPE [personal protective equipment] because of shortage[s], are this year’s villains,” the fireman complained.

He believes that there is a deeper problem behind the mechanics of the mandates: “It’s all money, if there are higher [percentage of] vaccinated city employees the city gets more funding from FEMA.”

He has a medical condition that would make taking the vaccine potentially dangerous and is the sole provider for his family.

The Epoch Times reached out to the mayor of Chicago for comment.