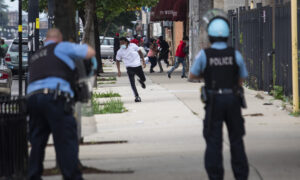 66 Shot, 5 Killed Over the Weekend in Chicago: Police
0 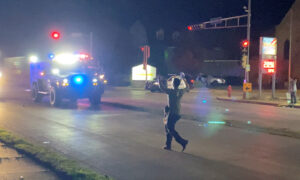 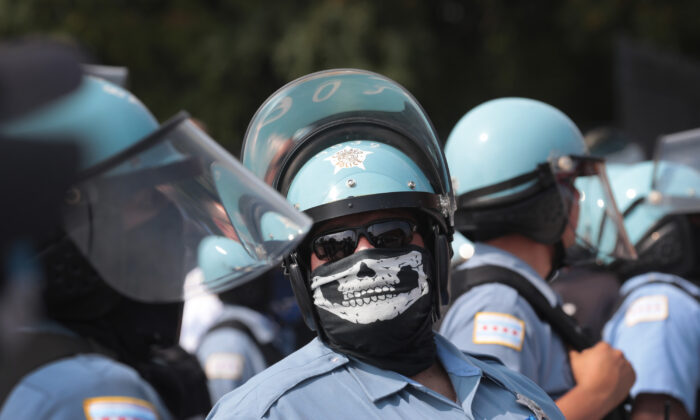 The Chicago Police Department said officials are aware of an intelligence alert from the FBI indicating gang members have “formed a pact” to shoot police officers.

“We have been made aware of this threat by a law enforcement partner,” the department said in a statement to news outlets. “The Chicago Police Department takes all threats against officer safety seriously and we will take all necessary measures to safeguard our officers.”

The “potential activity alert” from the FBI’s Chicago field office was obtained and published by WLS-TV.

Dated Aug. 26, the alert says that members of nearly three dozen street gangs “have been actively searching for, and filming, police officers in performance of their official duties.”

“The purpose of which is to catch on film an officer drawing his/her weapon on any subject and the subsequent ‘shoot on sight’ of said officer, in order to garner national media attention,” the alert states.

However, the alert cites a contact “whose reporting is limited and whose reliability cannot be determined.”

During a press conference this week, Chicago Police Superintendent David Brown was asked whether there’s any suggestion that police officers are at a high risk of being targeted.

“I think it’s bigger than the suggestion. I think 51 officers being shot at or shot in one year, I think that quadruples any previous year in Chicago’s history. So I think there’s more than a suggestion that people are seeking to do harm to cops,” he said.

Law enforcement officials as a profession are already “hyper-vigilant,” he added, “but when officers are shot here and other parts of the country, it makes us even more concerned about the safety of our officers.”

Two officers were shot in the neighborhood of Homan Square early on Aug. 30. One has since been released from the hospital, while the other faces further hospital care.

The officers went to perform a traffic stop on a vehicle, Brendan Deenihan, chief of detectives, told reporters. By the time the officers got close to the vehicle, the defendant had crawled into the trunk of the car.

Using flashlights to see better, the officers spotted a gun in plain view. At that point, the defendant started moving toward the front seat, where the gun was.

“That’s when things escalate, the officers have to make a split-second decision. He’s near the gun. He’s not complying. He’s refusing to come out of the car. He’s extremely close to the gun. That’s when they have to break the window and remove him from the car. At that time, he does have the gun on him. He’s still not complying. He’s not giving up his hands. The officers are trying to arrest him, trying to grab his hands, as you can imagine how chaotic it is, it’s super-fast,” Deenihan said.

“As they roll them over, that’s when he starts shooting and we have the two officers shot. And at that point then, other officers returned fire as the defendant is trying to make his escape and he is placed into custody and the gun is recovered.”

The suspect was identified as Jeffon Williams, 19, who was charged with seven counts of attempted murder. While a judge set bail at $10 million, CBS Chicago reported, Williams is being held because he violated bail terms in previous cases.