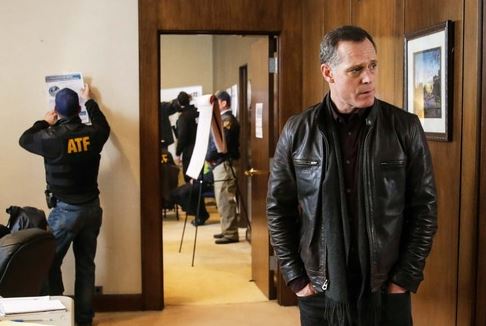 Voight is the subject of a potentially disturbing cliffhanger in the season 1 finale of Chicago PD.

Jason Beghe, who plays Voight, said that the biggest questions in the finale surround some possibly dirty deeds by Voight.

There’s an awful cliff-hanger… that may be disturbing to some people,” Beghe told TVGuide. “Did he do it or didn’t he do it, and what’s he capable of?”

Info from the official description reveals that Lindsay finally realizes that she has no way out and fonides in Voight for help.

Meanwhile, Atwater is settling into his new gig on intelligence as Antonio (Jon Seda) is relegated to desk duty while recovering.

And Jin is confronted about his secret meetings with Stillwell (guest star Ian Bohen).

Chicago PD has been renewed for a season 2 due to strong ratings.