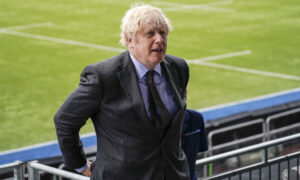 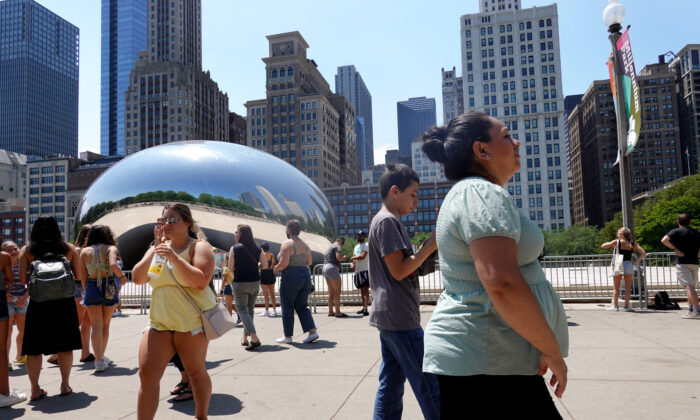 Chicago, One of the Most Locked Down Cities, Reopens After COVID-19

Martha Rosenberg
Martha Rosenberg is a nationally recognized reporter and author whose work has been cited by the Memorial Sloan Kettering Cancer Center, Mayo Clinic Proceedings, Public Library of Science Biology, National Geographic and Wikipedia. Rosenberg’s FDA expose, Born with a Junk Food Deficiency, was widely praised and established her as a prominent investigative journalist. She has lectured widely at universities throughout the United States and resides in Chicago.
View profile
biggersmaller
Print

The city of Chicago was at the epicenter of the U.S. COVID-19 pandemic response for two reasons: its pandemic restrictions were among the strictest in the nation and the first national case of COVID-19 spread, from a woman returning from Wuhan, China, occurred there in January 2020.

By March of 2020, Illinois governor J. B. Pritzker had enacted an order to close all schools and colleges, sit-in bars and restaurants, and prohibit large gatherings. As public places cleared in Chicago—office buildings closed, sports and entertainment venues emptied, and tourists evaporated—Mayor Lori Lightfoot also closed all parks, beaches, and lakefront trails just as spring was approaching. Lake Michigan functions like Manhattan’s Central Park—a natural resource the whole city shares—and closure of the lakefront was a blow to the city’s morale.

Now, businesses, schools, and recreational venues have returned to normal operations as Illinois’ Phase 5 commences and large events like conventions and festivals are allowed. Face coverings are still required in healthcare settings and on public transportation, but the decision of whether to require them or social distancing is now up to individual businesses and buildings. How do Chicagoans feel they and their city have changed from the lockdowns? The Epoch Times spoke to several.

Sheila Swann, 54, a graphic designer, called the COVID-19 pandemic a “traumatic event” that can leave people forever changed. “What I know from personal experience is that once you experience a traumatic event, the loss of a loved one and things like that, returning to the old normal is never achievable. You have to adjust the ‘new normal,'” she told us. “I did go to a store today, and while waiting in the checkout line, noticed that the circles on the floor to indicate six feet of distance are gone. Personally, I’m not out in the open, running around without a face mask. I’m not going into a crowded environment.”

Ron Roenigk, 62, a newspaper publisher, sees the COVID-19 shutdowns as unnecessary and harmful. “Many feel that the sacrifices they were forced to endure over the last 16 months accomplished nothing, and may have even left us worse off,” he told The Epoch Times. “We now know for certain that ordering people not to patronize businesses and criminalizing peoples’ livelihoods hurts the economy in the short and long term. I think for perhaps at least a generation, there is going to be greater resistance to government-forced sacrifice.”

Some Chicago Events Return But Others Are Still Canceled

Lollapalooza, the iconic, perennially sold-out music festival held in Chicago’s Grant Park since 2005, was only live-streamed last year because of COVID-19, denying the city the 400,000 concert-goers’ spending on accommodations, travel, and food. This year the festival will run at full capacity from July 29 through Aug. 1. But Chicago’s popular Jazz, Gospel, and Blues fests are still casualties of COVID-19, as are the city-sponsored fireworks displays for the Fourth of July.

In 2020, the Chicago Air and Water Show, a two-day extravaganza of aircraft stunts that draws two million people to Chicago’s lakefront, was also canceled. This year a re-imagined version of the event will take place on Aug. 21 and 22 as the U.S. Navy Blue Angels perform a special solo demonstration “to showcase the teamwork and professionalism of the U.S. Navy and Marine Corps,” according to the city of Chicago.

Chicago was able to host the 2020 Chicago Auto Show, the largest auto show in North America, in February 2020 because the event preceded the COVID-19 lockdowns. The Auto Show is held at McCormick Place, the largest convention center in North America, and before the pandemic was the top choice for many national trade shows. This year’s Auto Show has been moved from its traditional February schedule to July, which will help the city recover an estimated $233.8 million loss in tax revenues from the COVID-19 pandemic.

Not All Chicagoans Trust the ‘All Clear’

Some Chicagoans who spoke to The Epoch Times have not fully let their COVID-19 guard down, worrying about the danger of the original virus coming back or new variants that are developing. Andrew Corcoran, 66, a retired Illinois state worker, said “It is confusing to know when you are still supposed to wear a mask and when you’re not—the rules are not that clear to me. There is one rule for when I am on the bus and another when I meet a friend. It is not possible to know who has been vaccinated and who hasn’t, which might affect my mask-wearing.”

Swann said, “I do know some people who have said they will continue to wear face masks. Some people noticed that they didn’t catch a cold during lockdown and they liked that. And since we have gone through a period of time where people were expected to wear face masks, I am hoping that there will less stigma attached to wearing a face mask in the future.” Swann told us. “I don’t think the virus is finished with us yet and some people are following their own counsel, regardless of how cities want to re-open.”

Still, many Chicagoans seem ready to join boisterous crowds and party like it is 2019 again. A gala re-opening occurred at the Chicago Cub’s Wrigley baseball field on June 11, with the Cubs playing their arch-rivals the St. Louis Cardinals in front of a full house of 35,112 fans. Masks are only required at Wrigley for those who are not fully vaccinated—unless they are eating or drinking while seated. A huge American flag was unfurled and Bill Murray, the star of the movie “Groundhog Day,” sang “Take Me Out To The Ball Game” during the Seventh Inning Stretch.

Chicago lost at least 361 businesses during the COVID-19 pandemic and many are especially worried about Chicago’s skyscraper and high rise-studded downtown “Loop,” the nexus of most of the city’s economic, cultural, and retail activity. While downtown office buildings were still only half full with workers in May, one commercial real estate company, JLL, said most Chicago business tenants have retained their leases. Over half of office workers said they planned to return to work, according to a Building Owners and Managers Association of Chicago poll.

Still, Roenigk says the city has been poorly served by stay-at-home orders and politicians who failed to see the side effects and consequences of short-sighted policies. “The wealthy elite in Chicago did fine but the blue-collar folks, not so much,” he told The Epoch Times. “Many folks just gave up and left town … particularly in lower and middle-class neighborhoods. We see people disgusted with City Hall and Springfield [Illinois’ capital], our schools, and the failure of public service systems. In hindsight, the best it seems we’ve accomplished [with shutdowns] is a mild delay in the pandemic’s trajectory. But why did my neighbor have to see her small business go bankrupt and shut down? And why for the first time in world history did we quarantine healthy people?”

Swann expects no lasting changes in Chicago. “My guess is that a lot of people would like to pretend that the pandemic never happened. Most people appear desperate for ‘normal,'” she told us. “Unfortunately, I think people today have a pretty short attention span made worse by social media. There is a lack of long-term thinking and foresight so unfortunately, I don’t think we can expect much change long-term.”

Martha Rosenberg
Martha Rosenberg is a nationally recognized reporter and author whose work has been cited by the Memorial Sloan Kettering Cancer Center, Mayo Clinic Proceedings, Public Library of Science Biology, National Geographic and Wikipedia. Rosenberg’s FDA expose, Born with a Junk Food Deficiency, was widely praised and established her as a prominent investigative journalist. She has lectured widely at universities throughout the United States and resides in Chicago.
TOP NEWS