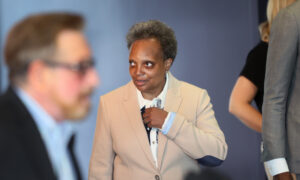 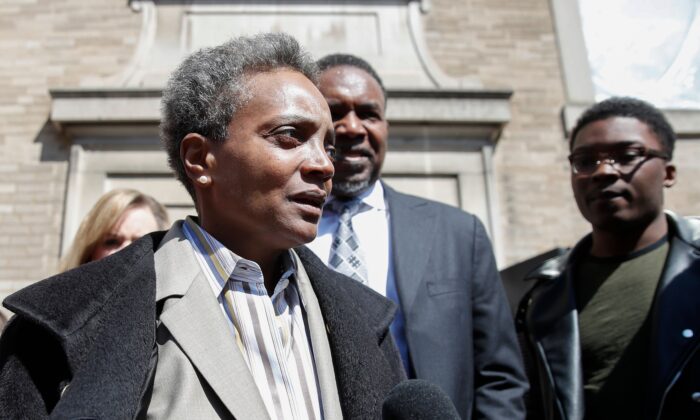 Attorneys for Chicago Mayor Lori Lightfoot reportedly admitted in a court filing that her office had put a racially discriminatory interview policy in place for two days.

Lightfoot is facing a civil rights lawsuit by the Daily Caller News Foundation (DCNF) and Judicial Watch for denying an interview request from DCNF reporter Thomas Catenacci, who is white, after the Democratic mayor declared she was granting in-person interviews only to non-white journalists.

The filing, obtained by Judicial Watch, came in response to a court injunction ordering the mayor’s office to clarify the the status of the interview policy and whether it would stay in place. Lightfoot’s attorneys argued that her policy of granting interviews exclusively to non-white journalists had been only enforced for a specific two-day period, and therefore the court injunction against the policy is no longer needed.

“As announced by the Mayor in the May 19 letter invoked by Plaintiffs, the conduct was ‘on the occasion of the two-year anniversary of inauguration’ as Mayor,” the filing read. “For these reasons, counsel indicated that Plaintiffs’ request for preliminary injunctive relief is moot, as the challenged conduct is not continuing.”

The attorneys also said in the filing that the mayor’s office has “no plans” to reinstate the racially exclusive interview policy, according to Judicial Watch.

“Mayor Lightfoot’s office today shockingly confirmed to a federal court that she discriminates on the basis of race in the conduct of her public office,” Judicial Watch President Tom Fitton said in a press release on June 11. “This racism is blatantly unconstitutional.”

Lightfoot last week defended her refusal to grant interviews to white journalists, calling it a “long overdue conversation about diversity in newsrooms in coverage.”

“I’m the mayor of the third-largest city in the country. I’m an African American woman, to state the obvious. Every day when I look out across my podium, I don’t see people who look like me,” Lightfoot said during an interview with CNN. “But more to the point, I don’t see people who reflect the richness and diversity of the city.”

“It can’t be that in the city of Chicago with all of the talent that we have that we can’t find diverse journalists of color,” she added.

Lightfoot’s interview policy caused a debate about whether public officials get to pick their reporters. Gregory Pratt, a Chicago Tribune reporter who covers Chicago’s city hall, said his team turned down an interview offer after learning about the policy.

“I am a Latino reporter @chicagotribune whose interview request was granted for today,” Pratt wrote. “However, I asked the mayor’s office to lift its condition on others and when they said no, we respectfully canceled. Politicians don’t get to choose who covers them.”