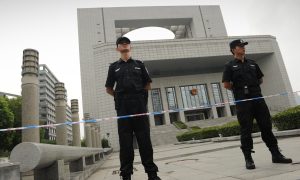 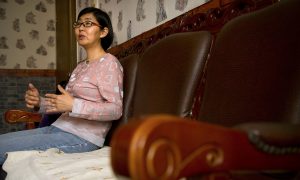 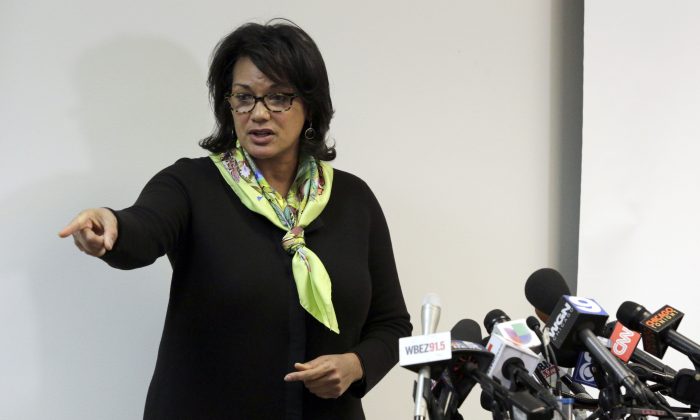 CHICAGO—A top city of Chicago lawyer stepped down after a federal judge accused him of hiding evidence in a fatal police shooting, the latest allegation of wrongdoing amid ongoing scrutiny of how the city deals with such cases.

Separately, the city agency that investigates police shootings vowed greater transparency, saying Monday that it would start divulging some details of active cases as it tries to bolster public confidence in the process.

Since November, Chicago has been dealing with fallout from the release of a video showing a white officer fatally shooting black teenager Laquan McDonald. The video prompted protests and led to a wide-ranging civil rights investigation of the entire police department by the U.S. Department of Justice.

Monday’s 72-page opinion from U.S. District Judge Edmond Chang was part of a civil lawsuit brought by relatives of Darius Pinex, a black man, who was shot and killed by police during a 2011 traffic stop in Chicago.

The officers, Raoul Mosqueda and Gildardo Sierra, said they opened fire as Pinex refused orders and put his car in reverse. The officers had said they stopped Pinex because his car matched a description they heard on their police radio of a car suspected of involvement in an earlier shooting. But records emerged after the trial began that officers weren’t listening to the channel broadcasting the radio traffic about the suspect’s car. The judge said a city lawyer “intentionally concealed” that evidence.

The judge on Monday tossed a jury’s finding in April that the police shooting was justified, ordered a new trial and instructed the city to pay attorney’s fees to the plaintiffs.

“Attorneys who might be tempted to bury late-surfacing information need to know that, if discovered, any verdict they win will be forfeit and their clients will pay the price,” the judge wrote. He said Jordan Marsh, a senior corporation counsel, also later lied about when he was aware of the evidence.

The judge also accused the law department, which defends city employees accused of wrongdoing, of shoddy record-keeping, saying it contributed to the problem in the Pinex case.

The city law department announced Marsh’s resignation later Monday, saying it “does not tolerate any action that would call into question the integrity of the lawyers who serve” Chicago. It also said it was reviewing its training and evidence-gathering procedures.

But a lawyer for the Pinex family, Steve Greenberg, said Marsh’s actions reflect on the city law department as a whole. He accused the department of not acting quickly enough when it realized its attorney wasn’t forthcoming about critical evidence.

“It shows the city hasn’t just fought to protect officers, it also fights tooth and nail to protect its lawyers,” he said. “I don’t think they cared that (Pinex) got killed, they didn’t care what the truth was and they didn’t care they cheated (with the evidence).”

A city law department spokesman said he did not have a way to leave a message for Marsh seeking comment. And there was no public telephone listing for a Jordan Marsh in Chicago.

Also Monday, the head of the Independent Police Review Authority — which is responsible for investigating complaints of excessive force by officers — told reporters that greater openness about ongoing investigations would be a point of emphasis as she tries to win the lost confidence of Chicagoans, many of which believe the agency has operated for years to bury police wrongdoing.

Sharon Fairley said IPRA still won’t be able to divulge all the details about investigations while they are underway. But she added: “The difference is we are no longer going to be standing by a hard-and-fast rule that we will never discuss the details of an investigation until it’s complete. I think that position is now untenable.”

In McDonald’s case, IPRA and city officials cited the ongoing investigation in not making the video public for more than a year. It was released Nov. 24 following a state court order. It showed Officer Jason Van Dyke shooting McDonald 16 times as he walked away from police carrying a folded 3-inch knife.

Protests sparked by the video included some directed at IPRA, which was created in 2007, ostensibly with the independence it needed to hold officers accountable. But in practice, it rarely ruled against officers.

Fairley also announced several other reforms, including the hiring of a new chief of staff, a new chief investigator and the creation of a new community outreach position.

Fairley also announced Monday that she was not aware of any video of another recent disputed police shooting.

On Dec. 27, police fatally shot 55-year-old Bettie Jones, who authorities said was killed accidentally, and 19-year-old Quintonio LeGrier, who police said was being “combative.” Both were black.