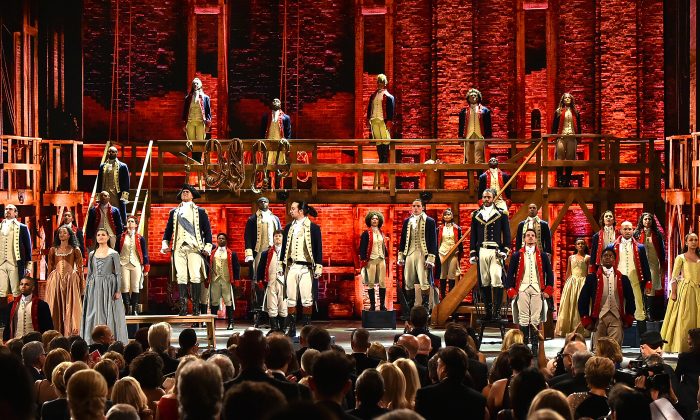 The cast of 'Hamilton' performs onstage during the 70th Annual Tony Awards at The Beacon Theatre on June 12, 2016 in New York City. (Photo by Theo Wargo/Getty Images for Tony Awards Productions)
Entertainment

CHICAGO—A man was arrested during a performance of “Hamilton” in Chicago after audience members say he shouted “We won!” and other election-related comments from the balcony.

Chicago police say 56-year-old John Palmer of Chicago is charged with one misdemeanor count of criminal trespass in the incident Saturday.

A day earlier, a member of the Tony Award-winning musical’s Broadway cast in New York addressed Vice President-elect Mike Pence from the stage about the need for diversity in America.

Brea Hayes of Batavia, Illinois, told the Chicago Tribune that an audience member disrupted the show by shouting profanities and political statements.

Palmer doesn’t have a listed phone number where he can be reached for comment.