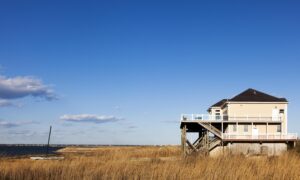 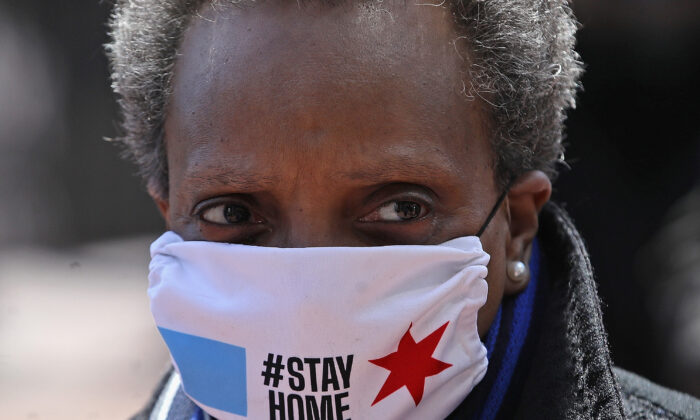 Chicago’s mayor has canceled Thanksgiving this year, as California and other jurisdictions across the United States issue increasingly strict rules governing personal behavior in hopes of containing the CCP virus, which causes the disease COVID-19.

The actions come as a health policy adviser to former Vice President Joe Biden, the Democratic candidate in the still-contested presidential election, said the United States would benefit from a nationwide lockdown of up to six weeks and that the country could afford it because interest rates for borrowing money are low and people have saved up a lot of money this year, The Hill reports.

“And if we did that, we could drive the numbers down, like they’ve done in Asia, like they did in New Zealand and Australia,” said Michael Osterholm, director of the Center for Infectious Disease Research and Policy at the University of Minnesota.

Biden, who has assembled a coronavirus task force, has said he will escalate the war against the virus, promising to “listen to the scientists” to bring it under control.

Chicago Mayor Lori Lightfoot, a Democrat, said Nov. 12 that all Chicagoans should ditch their Thanksgiving plans and remain at home for 30 days unless they need to go to work or school or deal with essentials such as a doctor visit or buying groceries. City residents should also avoid inviting guests into their homes or leaving to conduct nonessential business.

“This is serious life and death,” Lightfoot said at a presser. “We are sounding the alarm that we are at this inflection point where we have to do more than we’ve already done.”

Infections are reportedly climbing across the nation. Cases in Illinois are now up more than 60 percent compared to the previous week, according to CNBC’s analysis of data provided by Johns Hopkins University.

Gatherings must include no more than three households, last no longer than two hours, face masks must remain on after eating and drinking, and singing, chanting, and shouting are “strongly discouraged.” Instrumental music, except from wind instruments, is permitted if “the musicians maintain at least 6-foot physical distancing,” and come from one of the three households.

The “mandatory requirements for all gatherings” directive issued by the state says, “All persons planning to host or participate in a private gathering … must comply with the following requirements.” Hosts must record the “names of all attendees and contact information in case contact tracing is needed later.”

“Gatherings that include more than 3 households are prohibited,” and all such gatherings “must be held outside” and may only take place “in outdoor spaces that are covered by umbrellas, canopies, awnings, roofs, and other shade structures provided that at least three sides of the space (or 75%) are open to the outdoors.” Attendees are allowed to “go inside to use restrooms as long as the restrooms are frequently sanitized.”

The use of shared items is officially discouraged.

“As much as possible, any food or beverages at outdoor gatherings must be in single-serve disposable containers.”

Attendees are allowed to “remove their face coverings briefly to eat or drink as long as they stay at least 6 feet away from everyone outside their own household, and put their face covering back on as soon as they are done with the activity.”

Massachusetts also is cracking down.

New Bay State rules enacted earlier this month require everyone over the age of 5 to wear a face mask in public even six feet away from others. People must stay home between the hours of 10 p.m. and 5 a.m., unless traveling for work or to purchase groceries.

Gatherings at homes are limited to 10 people inside and 25 people outside and must conclude not later than 9:30 p.m.

With coronavirus cases reportedly on the rise in more than 40 states, Fauci said large family gatherings, especially those involving elderly relatives or out-of-state travel, are a bad idea.

“You may have to bite the bullet and sacrifice that social gathering, unless you’re pretty certain that the people that you’re dealing with are not infected,” Fauci said, according to WGN.

The longtime director of the National Institute of Allergy and Infectious Diseases said his own children will not be spending time with him at Thanksgiving.