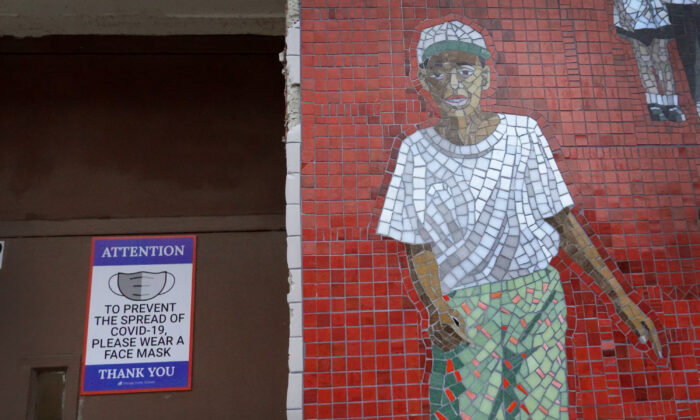 Chicago canceled classes on Friday amid a standoff with the city’s teachers union (CTU), which is refusing to teach in-person.

Parents were told late Thursday that classes were axed for the third straight day as “we continue working to get CTU staff back in our buildings.”

A small number of schools may be able to offer in-person activities because some teachers were bucking the union and have been showing up at schools, Chicago Public Schools CEO Pedro Martinez said.

Parents, though, should not send their children to school unless the principal there confirmed that it would be open on Friday.

CTU members voted earlier this week to shift to virtual learning after a rise in COVID-19 cases in Chicago and among students and staffers.

Members refused to return to the classroom unless the number of cases subsided or the city agreed to a list of demands, including forcing students to test negative for COVID-19 before being allowed back in school.

Chicago Mayor Lori Lightfoot and Martinez have said the vote amounted to an illegal work stoppage and have urged teachers to return to schools, arguing they are already safe places amid the pandemic.

CTU and the city have filed competing unfair labor practices complaints, neither of which have been ruled on yet.

CTU President Jesse Sharkey told members in an email to “stay the course” and teachers started going door-to-door on Thursday to sign families up for COVID-19 testing.

“With few students signed up for free COVID testing each week in schools, locked out educators are taking matters into their own hands today,” the union said in a statement.

The union says attempts to teach virtually were disrupted by Chicago Public Schools, which allegedly locked teachers out of their accounts.

Negotiations are ongoing between the city and the union. Lightfoot and Martinez said in a joint statement that the bargaining sessions on Thursday “were productive from our perspective.”

The Biden administration has backed the city, telling districts across the nation to remain open for in-person instruction.

But the effort has not been entirely successful. Over 5,200 schools nationwide have had in-person instruction disrupted, including the 653 schools in Chicago, according to Burbio.

COVID-19 is the disease caused by the CCP (Chinese Communist Party) virus. Studies show that school closures do not cut down on COVID-19 in a community, and many officials who once favored shutting down schools during the pandemic have since backed keeping them open.