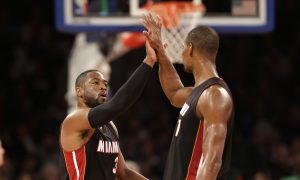 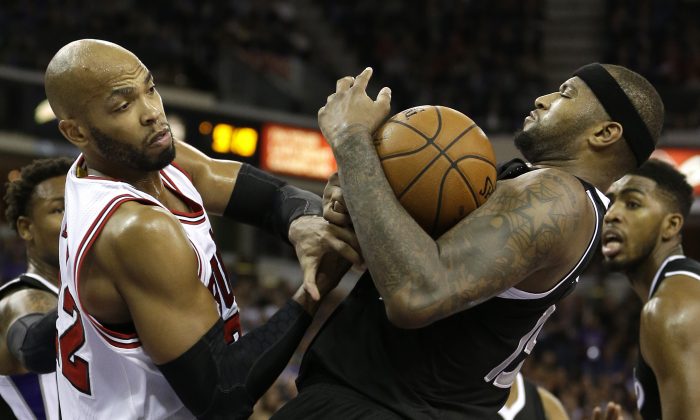 The Chicago Bulls are looking pretty good again, and the news and rumors are almost always ramping up.

Gibson Not Sure of Return

Taj Gibson could return at any point but there’s no specific game set as of yet.

Gibson missed his fourth straight game against the Nets due to a sprained left ankle. The Brooklyn native last played Nov. 21 at Portland.

“There’s no timetable, but we’ll see where he is [Monday], but he’s feeling a lot better.”

Gibson has had trouble with the left ankle over the past year, and wants to be cautious this time. He did rejoin his teammates on Thursday after getting checked out in Chicago by team physician Dr. Brian Cole.

“It just feels good to be around the guys. I’m just happy to be back working. Everybody sees me working. They know me. Everybody’s like, ‘Yo, Taj, just take your time. Just keep working at it. We got you until then. We need you at the right time. We don’t want you to rush back.’ They know with all the injuries I’ve had I’ve mostly just played through pain, trying to rush back,” Gibson said.

“And you know it’s serious when your teammates are telling you to calm down. It’s a bigger picture, and it’s real important to see how my guys have my back.”

The Pippen Ain’t Easy blog notes that the rest of the bench is stepping up in Gibson’s absence, although Gibson’s worth is notable in that in wins when he’s playing he averaged 30.9 minutes per game, but in losses he averages only 26.4 minutes.

“Gibson is one of the most crucial players when it comes to depth for the Bulls, and this team can’t afford to have another one of their big men to go down. He has proven that with his efficiency,” it said. “We should see even more bench players rise to the occasion this season, and it would not surprise me if Chicago has the league’s best role players as we enter the playoffs.”

Meanwhile, Thibodeau was pleased that Derrick Rose was able to finish out his last two games. He played 27 minutes in the win at Boston on Friday. Against the Nets, the Chicago point guard played 25 minutes and was replaced with team up 22 points with 3:17 left in the game.

“To me it’s moving in the right direction,” Thibodeau said. “When he strings some games together, he practices well and he practices hard, he’s going to play well. It’s really that simple and it’s time to go.”

Rose said he believes he has the right motivations and still thinks he can be a star despite heavy criticism recently.

“When it comes to basketball, I listen to myself,” Rose told ESPN.

The Bulls have been dealing with a number of injuries, and the primary hit has been in the backcourt. Rose has been injured a lot but so has his backup Kirk Hinrich, leaving Aaron Brooks as the only healthy point guard some nights.

The Bulls have been linked to a number of possibly free agents.

Bleacher Report has named five the team could sign for further insurance.

Mike James is a possibility, having been used by the Bulls for two of the last three seasons.

Sebastian Telfair is available, having just been cut by the Oklahoma City Thunder. Toney Douglas is currently a free available, as is former Bull John Lucas III and former college standout Peyton Silva.