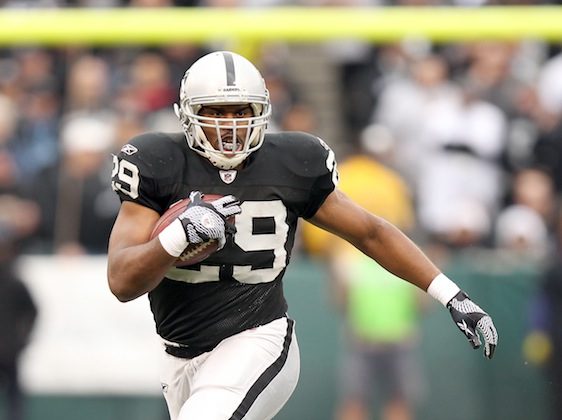 The Chicago Bears announced the signing of running back Michael Bush on their website Thursday.

Terms weren’t disclosed on the site, but a report on the NFL’s website cites a league source who indicates the contract is for four years and worth $14 million with $7 million guaranteed.

Bush, 27, was previously with Oakland where his rushing yards have gradually increased from 421 as a rookie in 2008 to 977 last year.

A fourth round pick out of Louisville in 2007, Bush missed his whole first season recovering from a leg injury he suffered in college.

The signing of Bush may mean less carries for incumbent starter Matt Forte. Forte has averaged 1,058 rushing yards a season and 4.2 yards per carry for his career but missed four games last season as the Bears finished 8-8.