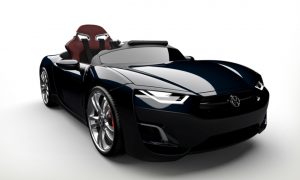 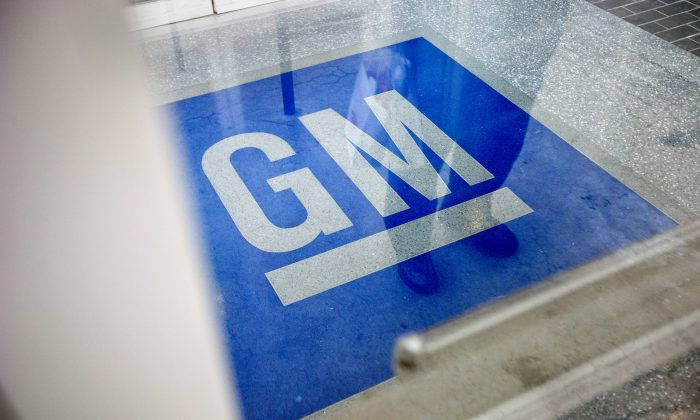 The General Motors' logo decorates the entrance at the site of a GM information technology center in Roswell, Ga., on Jan. 10, 2013. (AP Photo/David Goldman)
Autos

DETROIT—General Motors plans to start selling an affordable electric car in 2017 that will be able to go 200 miles on a single charge.

A person briefed on the matter told The Associated Press that GM plans to start selling a $30,000 battery powered family car called the Chevrolet Bolt sometime in 2017.

A concept version of the car will be unveiled Monday at the North American International Auto Show in Detroit, according to the person, who asked not to be identified because the official announcement hasn’t been made.

The Bolt has been in the works for years and is designed to compete with electric offerings from Tesla Motors Inc. and Nissan Motor Co.

GM has been selling the Chevrolet Volt plug-in electric car since late 2010, but it goes only 38 miles on electric power before a gas generator kicks in. An updated version of the Volt with greater all-electric range also will be unveiled at the auto show.

GM conceived the $35,000 Volt as a mass-market car that could handle most trips on electric power, but had the generator to end worries that people would run out of juice. A concept version of the first-generation Volt was unveiled eight years ago at a time when GM didn’t know for certain that the battery system would work.

The company also offers the all-electric Chevy Spark subcompact that can go 82 miles on a charge. It starts at $26,685. Electric cars are eligible for a $7,500 federal tax credit.

Doug Parks, GM’s vice president of global product development, said in 2013 that GM was working on a 200-mile electric car for around $35,000, confirming that the company was in a race with other automakers to hit that mileage range at a moderate price.

GM has invested millions in developing electric cars starting with the EV1 in the 1990s. It doubled the size of its battery testing lab at a technical center in suburban Warren, Michigan, to 100,000 square feet in 2013, allowing it to test batteries and controls faster. It took about four years for GM to develop the Volt and bring it to market.

The new Volt, due out later this year, will hit showrooms at an uncertain time for electric vehicles with gas prices at $2.15 a gallon nationwide, down more than $1 per gallon from a year ago.