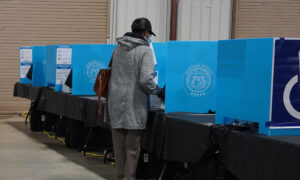 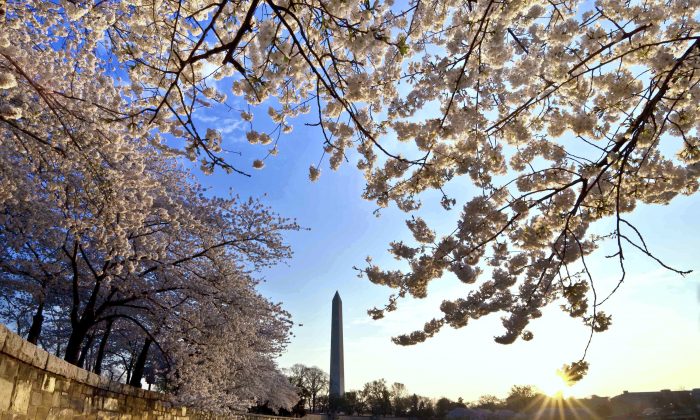 The cherry trees surrounding the Tidal Basin in Washington, D.C., are famous not only for their beauty but also their unpredictability. (Buddy Secor)
US

Cherry Blossoms Will Not Be Rushed

WASHINGTON—The bad news for those that visited the nation’s capital for the first weeks of the annual Cherry Blossom Festival – the blossoms were not ready. The good news for those visiting from now on – the trees are peaking and may stay in full bloom for another two weeks (disclaimer: weather providing.)

According to Danielle Piacente, spokesperson for the annual Cherry Blossom Festival which began March 20, there is nothing one can do.

“We can’t plan around mother nature,” she said in an email. Taking the glass half full approach she added, “We are excited that it looks like the blossoms might be out through the end of the National Cherry Blossom Festival, April 14.”

The National Park Service (NPS) predicted in March that the trees would not peak this year till April 6 – 8 but they were still not full Monday. The average peak date is around April 4 but that varies widely.

“Unseasonably warm and/or cool temperatures have resulted in the Yoshino cherries reaching peak bloom as early as March 15 (1990) and as late as April 18 (1958),” the NPS says on its website.

This year marks the 101st anniversary of the cherry trees, a gift of friendship from Japan. Over 3,000 trees from 12 different cherry varieties were originally sent. A large number planted around the north of the Tidal Basin and the rest planted in East Potomac Park.

The cherry trees became so celebrated that in 1938 a group of “indignant” women chained themselves near the trees to prevent clearing for the construction of the Thomas Jefferson Memorial. Happily, it was agreed that more cherry trees would be planted on the south side of the Tidal Basin as a compromise.

The celebration, which includes fireworks, family events, concerts and a massive street parade, draws over a million people to the capital every year.

Judging by the crowds in D.C. during a beautiful spring weekend, most do not seem to mind whether the blossoms are out or not, but the spectacle of the trees in full bloom is certainly a big draw.