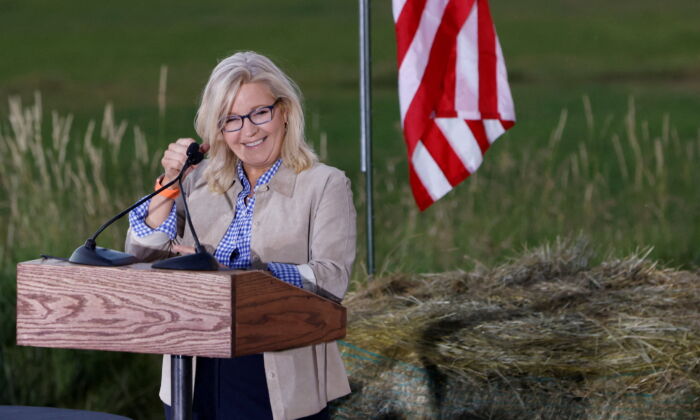 Rep. Liz Cheney (R-Wyo.) said she had “a very good talk” with President Joe Biden after losing her primary to a Trump-endorsed Republican candidate.

“I did hear from President Biden,” Cheney told ABC News. “We had a very good talk, a talk about the importance of putting the country ahead of partisanship. And I’ve heard from a number of other people, as you can imagine, over the course of the last several days.”

After her landslide defeat in a Republican primary election last week, Cheney lost her spot in Wyoming’s only seat in the House to Harriet Hageman, former President Donald Trump’s pick.

“We all made the decision we did and have faced the consequences for that decision will be a bond, I would imagine, forever,” Cheney said during an interview aired on Aug. 21.

Her work has alienated not only GOP voters among Wyomingites but also officials.

The controversial lawmaker doubled down on her opposition to Trump by serving as the co-chair of the Democrat-dominated House committee investigating the Jan. 6 Capitol breach. Her vocal enmity led the Republican National Committee in her home state to vote twice to censure her since last year. The Wyoming GOP stopped recognizing Cheney as one of its members last November. She was also one of a dozen Republicans who crossed party lines to vote in favor of a gun restriction bill this June, despite top House GOP leaders’ opposition.

Upon Cheney’s primary flop, Trump called it a “complete rebuke” of the Jan. 6 committee, while the congresswoman announced to launch in the near future an anti-Trump organization in a bid to keep Trump out of office, according to her spokesperson.

The Trump foe hasn’t ruled out a run for president in 2024, but a recent straw poll of Wyoming GOP activists shows that less than 10 percent of respondents voted for Cheney.