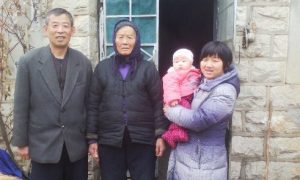 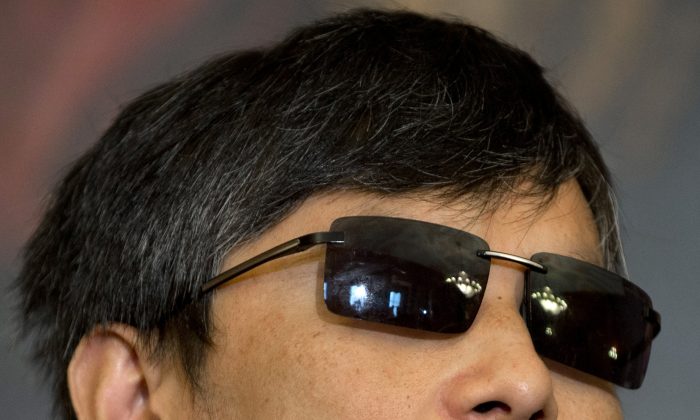 June 16, 2013: Chen Guangcheng releases a statement saying he is being forced out of New York University due to pressure from the Chinese regime.

June 4, 2013: Chen signs a statement with Archbishop Desmond Tutu for a petition, A Year for Human Rights in China on the 24th anniversary of the Tiananmen Square massacre, published by Huff Post.

June 1, 2013: Chen is presented with a Freedom of Speech award by the Visual Artist Guild of New York City (PHOTOS).

May 20, 2013: Chen tours England and receives award from British Parliament for his human rights efforts.

May 15, 2013: Chen urges the European Parliament to deny entry to Chinese officials and to freeze all their assets in Europe (VIDEO).

May 19, 2012: Chen receives a fellowship to study at New York University. He prepares to leave for the United States.

May 1, 2012: Chen is admitted to a hospital for a foot injury he sustained while escaping from house arrest. Later he appeals for asylum.

April 2012: Chen escapes from house arrest and seeks safety in the U.S. Embassy for six days.

December 2011: Due to international and domestic pressure from activists, Chen’s daughter is allowed to attend school, while monitored by guards.

June, October 2011: When activists and high-profile individuals visit Chen, they are either turned away by the police or they go missing.

June 2011: Chen’s wife writes a letter of appeal, describing the long beatings she and her husband have suffered.

August 2007: Chen’s wife attempts to go to the Philippines to accept for Chen the Ramon Magsaysay Award, the Asian equivalent of the Nobel Peace Prize, but Chinese authorities force her to leave.

March 2007: Chen’s family meets with Chen for the first time since his imprisonment.

August 2006: Chen is sentenced to four years and three months in prison for “damaging property and disrupting traffic.”

July 2006: Chen sues the local government for persecution and abuse. The lawsuit addresses the house arrest and the harassment Chen and his family faced.

June 2006: Chen is arrested under charges for damaging property and for obstructing traffic by gathering groups of people.

June 2005: Chen files a class-action lawsuit against forced late-term abortions that the local government has enforced.

Early 2005: Chen’s neighbors tell him anecdotes of women being beaten and even kidnapped in order to meet the low birth rate quota set by his village’s new mayor, Li Qun in Shandong province.