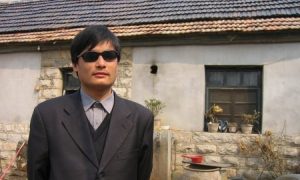 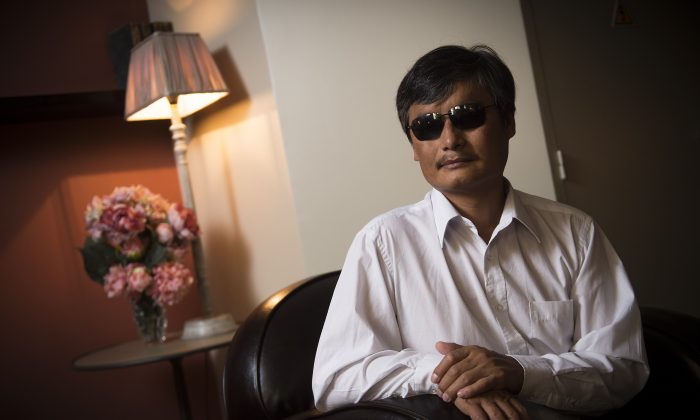 Editor’s note: Chen Guangcheng is a blind Chinese human rights lawyer and civil rights activist who is best known for his advocacy on China’s one-child policy and women’s rights, and defending the poor. He was imprisoned by the Chinese authorities in 2006, and placed under house arrest in 2010. Chen managed to slip his guards and escape to the United States in 2012, where he now resides.

To My Friend, Li Heping:

On July 9, the CCP began another high-profile effort to suppress human rights lawyers and activists. Based on what’s known, over 300 have been targeted in that campaign to date, but in actuality, many thousands of human rights defenders and their families have been arrested or detained. Getting arrested was a fate my friend, lawyer Li Heping, couldn’t escape.

On the afternoon of July 10, Li was suddenly taken away by public security officials in Tianjin. His home was thoroughly searched, and his computer and other belongings were confiscated. Li has remained kidnapped for nearly half a year and his whereabouts are still unknown.

Li Heping’s younger brother, Li Chunfu, was also kidnapped around the same time. Other lawyers have been unable to get involved in their cases, and nobody knows if they have been tortured or subject to other ill treatment. Wang Qiaoling, Li Heping’s wife, was once threatened at her home by public security bureau officials.

From my own experiences, I’ve learned that the CCP is a gangster regime that is without morality and is capable of all evil. Under the CCP’s rule, Chinese society has gone backward—good people have little leeway, while bad people can do whatever they desire.

Back in 2004, Beijing public security officers harassed Yu Jie (a prominent Chinese writer) at his home for an article he wrote, and threatened him with arrest. After learning of this, brother Li handed his keys and bank card to his family and then drove to Yu Jie’s home, determined to represent him as a lawyer. Such a magnanimous act was unheard of in China, with civil society then still in a nascent state. When I first heard the news from a Radio Free Asia report—”Lawyer rushes to the scene”—I had no idea who the lawyer was. I later learned from a friend that the lawyer was brother Li, and I began to admire and respect him.

As expected, Li Heping was marked by the CCP—under the communist regime’s rule, any person who wants to make China a better place and to foster a more just society with concrete actions will become a thorn in the CCP’s eye, and it becomes a matter of time before the person is persecuted.

To my knowledge, brother Li had for over a decade contributed greatly to society, particularly on matters that benefit the people, but not the authoritarian regime: He was there for the Northern Shaanxi Oilfield incident; he investigated a case in Shandong where birth control measures were violently executed; he represented victims of a chemical pollution case in the city of Dongyang, Zhejiang Province; he did not back down from cases involving religious groups.

Li Heping has for many years also campaigned for the rights of citizens. When he had some spare time, Li would educate citizens on the concept of rule of law, and help out his friends. He is a responsible person who never retreats from what he can accomplish.

Over the years, Li’s involvement in human rights activities has resulted in his being tailed, threatened, intimidated, beaten, and tortured with shocks from electric batons. The CCP finally closed Li’s office and revoked his license to practice law in 2009. How can the authoritarian CCP tolerate the existence of a lawyer who is persistent and uncompromising in his efforts to safeguard the dignity of the law and social justice?

I miss you, my friend! I still clearly remember that as I was preparing to leave the country of my birth, you called me at Chaoyang Hospital to ask that I stay and continue the fight. The sound of you crying immediately after speaking has since stayed in my heart. Now, I don’t even know where you are!

Do take care of yourself when you face the regime’s final, frenzied persecution alone! My friend, you who have fought the authoritarian regime on the side of justice with your wit, bravery, and persistence, have the strength to move mountains. We will always be fighting by your side, and distance will not be a barrier.

History will judge fairly those who have contributed to the progress of this country and society. The masterminds and their accomplices who have persecuted you and the others like you must face history’s trial.

The bells welcoming the New Year will soon ring. I hope that the sound of the bells will bring health, safety, and freedom to those who like Li Heping have suffered for justice.