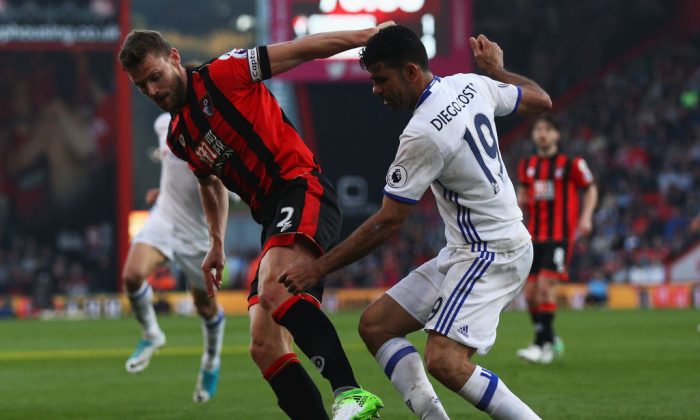 ENGLAND─In Saturday’s games, Spurs took advantage of the early kick off to put Chelsea under pressure in their late game at Bournemouth by temporarily cutting their lead at the top of the Premier League to 4 points, when they beat Watford 4-nil.

After Watford had held out for half an hour, Spurs scored 3 quick goals before half time through Dele Alli, Eric Dier and Son Heung-min to settle the game, with Son Heung-min adding a fourth in the 54th minute for the 4-nil win.

Manchester City won 3-1 at home to Hull City, with an Ahmed Elmohamady own goal, and goals from Sergio Aguero and Fabian Delph later being offset by an Andrea Ranocchia strike, while Liverpool won 2-1 after John Walters opener for Stoke City was overturned by goals from second half substitutes Philippe Coutinho and Roberto Firmino.

Chelsea kept their nerve to keep the pace at the head of the Premier League with a 3-1 victory over Bournemouth in Saturday’s late game, with an Adam Smith own goal and a Eden Hazard strike setting them on their way before Joshua King’s reply just before half time reduced the deficit, only for Marcus Alonso to pop up with a third goal to deliver the points to Chelsea.

On Sunday, Manchester United picked up a 3-nil win against Sunderland at the Stadium of Light with the goals coming from Zlatan Ibrahimovic, Henrikh Mikhitaryan and Marcus Rashford, whilst Everton beat Leicester City 4-2 at Goodison Park ending the latter’s 6 game winning streak under Claudio Ranieri replacement as coach Craig Shakespeare.

Everton took a first minute lead through Tom Davies before Leicester replied with 2 quick goals from Islam Slimani and Marc Albrighton, only for Everton to strike back with a brace from leading scorer Romelu Lukaku sandwiching another goal from Phil Jagielka. Everton are 7th, on equal points with Arsenal having played 3 more games, and Arsenal playing the last game of the weekend’s round against Crystal Palace on Monday night.

In the other games, some affecting the relegation battle, Burnley drew nil-all with Middlesbrough, whilst Southampton won 1-nil against West Bromwich Albion, courtesy of a goal from Jordy Clasie, and West Ham were 1-nil winners against Swansea at the London Stadium, courtesy of a Cheikhou Kouyate goal.

In Monday night’s game,Crystal Palace won 3-nil against Arsenal with goals from Andros Townsend, Yohan Cabaye and a penalty converted by Luka Milivojevic.