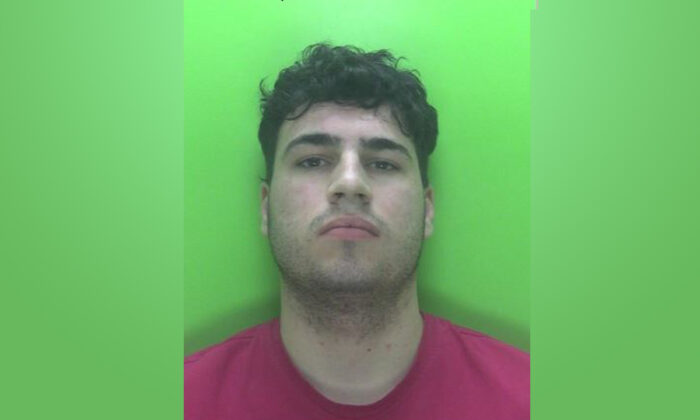 A Chelsea fan has been jailed on Friday for posting a series of racist posts on Twitter.

Nathan Blagg, 21, was sentenced to eight weeks in custody at Westminster Magistrates’ Court.

He has pleaded guilty at the same court on Oct. 8 to seven counts of sending by public communication network an offensive matter.

Blagg’s sentence was increased from five weeks after the Crown Prosecution Service applied for an increase in his sentence to reflect the racial hate crime element at the sentencing hearing.

According to UK law, any suspect of a crime motivated by or demonstrating hostility based on the five hate crime categories can be prosecuted as a hate crime, for which the CPS can request an increased sentence.

District Judge Michael Hamilton told Blagg only immediate custody would be a suitable punishment for his “abhorrent and grossly offensive” statements on Twitter.

Chelsea Football Club’s security team reported Blagg’s Twitter account to the Metropolitan Police earlier this year after the club received a complaint from a West Bromwich Albion supporter about an offensive tweet that referenced former player Cyrille Regis who died in 2018 and subsequently found more offensive and anti-Semitic tweets from the account.

The police found the account belonged to Blagg, a Chelsea season ticket holder, and identified more offensive tweets during the investigation.

According to the CPS, Blagg wrote “for the next 48 hours I can tweet as much antisemitism as I like without being told off” on Twitter ahead of a match against Tottenham Hotspur F.C.

He posted a picture of the train tracks to Nazi concentration camp Auschwitz on Twitter with the message: “Spurs are on their way to Auschwitz,” the court heard.

Other tweets included a photograph and video of Nazi salutes, and one message referring to the German phrase adopted by Adolf Hitler’s party read: “Sieg Heiling around my living room as we speak.”

The judge said the content of the messages was “despicable.”

“References to the holocaust and other matters cannot on any view ever be categorised as banter,” he said.

Maeve Thornton, representing Blagg, who works in road construction and lives at home with his parents, told the court he has a “lack of maturity,” and that he had removed himself from Twitter and was “deeply remorseful.”

Blagg is the seventh case where football fans have been convicted of online abuse.

A 17-year-old who cannot be named because of his age was handed a restraining order after sending racist abuse over Instagram to Aston villa player Tykeik Wright.

Dean Simpson, 24, is due to be sentenced later this month for shouting racist abuse at Warrington Town goalkeeper Myles Boney during a penalty shootout.