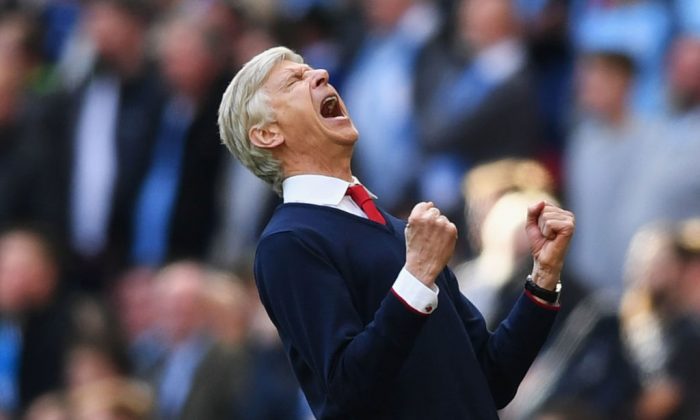 ENGLAND—In Saturday’s (April 22) Emirates FA Cup semi final, Spurs played Chelsea and, in a thoroughly entertaining game, Chelsea prevailed 4-2, through a brace from Willian, and goals from Eden Hazard and Nemanja Matic, after the first two goals had been pegged back with equalisers from Harry Kane and Dele Alli.

In Sunday’s game Arsenal won through to the final after winning their semi-final 2-1 against Manchester City after extra-time. Manchester City opened the scoring through

Sergio Aguero in the second half of normal time, only for Nacho Monreal to score the equaliser which took the game into the extra time. Arsenal scored the vital winning goal when Alexis Sanchez reacted first to a loose ball in front of goal to fire the ball into the net.

In the title race and qualification for the UEFA Champions League by finishing in the top 4 positions, Manchester United won 2-nil at Burnley, courtesy of first half goals from Anthony Martial and Wayne Rooney to move onto 63 points and within one point of Manchester City in 4th spot, whilst Liverpool (currently 3rd in the table on 66 points) were beaten 1-2 at home to Crystal Palace, with Christian Benteke scoring a brace for Palace after Philippe Coutinho had opened the scoring for Liverpool from a free kick.

Bournemouth boosted their chances of escaping relegation with a comfortable 4-nil win over Middlesbrough, goals courtesy of Josh King, Benik Afobe, Marc Pugh and Charlie Daniels. Hull City were 2-nil winners against Watford, with goals from Lazar Markovic and Sam Clucas, Swansea won 2-nil against Stoke City with goals from Fernando Llorente and Tom Carroll, whilst West Ham and Everton drew nil-all at the London Stadium.