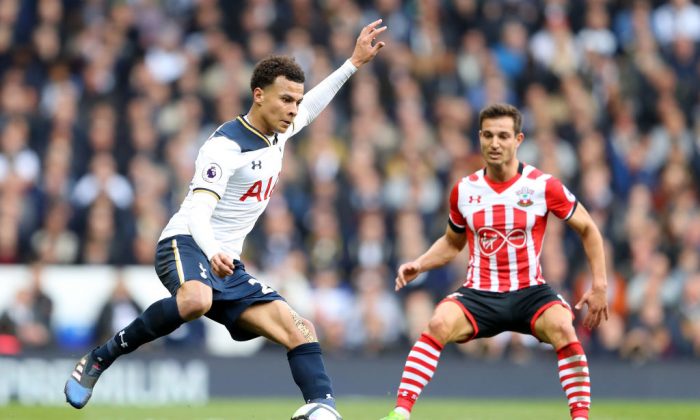 ENGLAND—Chelsea, playing on Saturday, temporarily extending their lead at the top of the Premier League to 13 points with 10 matches remaining, with a 2-1 victory at Stoke City. Willian Borges da Silva give them the lead with a first half free kick. John Walters equalised from the penalty spot for Stoke early in the second half after Gary Cahill had been adjudged to have fouled Walters, Cahill redeemed himself by scoring the winner from a corner with three minutes remaining.

Arsenal’s poor run of results continued with a 3-1 defeat at West Bromwich Albion, conceding 2-Craig Dawson headers from corner kicks and a goal from Hal Robson-Kanu, with Alexis Sanchez having scored an equaliser. The result puts further pressure on manager Arsene Wenger who has said that he will soon advise the Arsenal board as to whether he will sign a new contract with the club, or take his services elsewhere.

In Sunday’s early game Manchester United beat Middlesbrough 3-1, initially taking a 2 goal lead through a Marouane Fellaini header and Jesse Lingard’s top corner strike. Rudi Gestede reduced the deficit, but Antonio Valencia made it three for United, walking the ball into the net after Victor Valdez had slipped to the ground.

The win moves United ahead of Arsenal into fifth place, whilst Tottenham won 2-1 against Southampton, Christian Eriksen’s 20 yard strike and Dele Alli’s penalty giving Spurs a cushion before James Ward-Prowse’s close range finish cut the lead and led to a competitive finish.

Liverpool drew 1-all with Manchester City in a pulsating game with many chances and talking points.  After a scoreless first half, Liverpool took the lead through a James Milner penalty after Clichy had been penalised for a foul on Firmino, Before Sergio Aguero equalised for Manchester City.

In the relegation battle, Crystal Palace won 1-nil against Watford, Troy Deeney accidentally scoring a headed own goal, Sunderland drew nil-all with Burnley, Everton were 4-nil victors against Hull City, with goals from Calvert-Lewin, Enner Valencia, and a brace from Romelu Lukaku, Bournemouth won 2-nil against Swansea with goals from an Alfie Mawson own goal and Benik Afobe, and Leicester City were 3-2 winners against West Ham, goals from Riyad Mahrez, Robert Huth, and Jamie Vardy outscoring replies from Manuel Lanzini and Andre Ayew for West Ham.