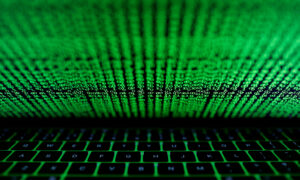 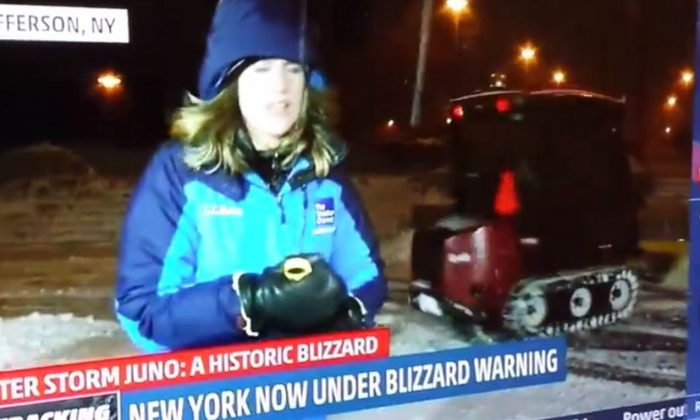 A snow plow was spotted doing donuts in the snow on Monday. (YouTube user/screenshot)
US

At least one person is having fun during the potentially historic snowstorm in New York.

A snowplow in Port Jefferson, New York was caught on camera doing donuts during the snowstorm that’s inundating the northeastern United States. The plow was doing the donuts as a Weather Channel reporter was doing her report.

An alternate of the video for those who prefer YouTube over Vine can be seen here:

The humorous moment comes as New York City Mayor Bill de Blasio said that it’s going to be dangerous for anyone to even be walking around as a massive storm moves through the area.

He said the storm is going to come in quickly, and people should just stay home.

De Blasio emphasized that only essential workers should be on the streets. He asked employers for some leeway and understanding that workers can’t get to their workplaces.

He said it’s not a time for employers “to be cheapskates.”

The MTA announced it’s closing down the subway, buses,  LIRR, Metro-North, and other services after 11 p.m. ET.

The Port Authority for New York and New Jersey also said the George Washington Bridge, the Lincoln and Holland Tunnels, Bayonne and Goethals Bridge and the Outerbridge Crossing will close at 11 p.m. ET due to the impending snowstorm.