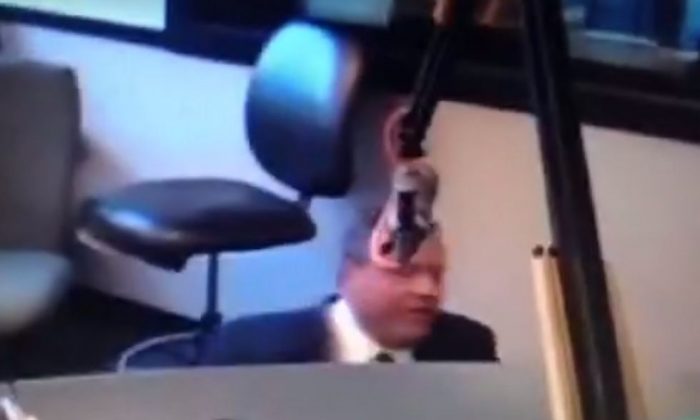 Republican President Chris Christie fell out of his chair during an interview.

And not surprisingly, a video of the incident is going viral. Here it is below:

Christie fell out of his chair during an interview on 94WIP in Iowa.

Meanwhile, it was reported that Mitt Romney’s former aide will be the campaign manager for the candidate’s Iowa efforts.

Some people took to social media platforms to make fun of the governor. But, I’m sure they’ve never fallen out of their chairs.

It’s worth noting that on Friday, former presidential candidate Mitt Romney announced that he won’t fall out of his chair… whoops, I mean, he won’t run for president in 2016.

“After putting considerable thought into making another run for president, I’ve decided it is best to give other leaders in the party the opportunity to become our next nominee,” Romney told supporters on a conference call, per The Associated Press.

“I believe that one of our next generation of Republican leaders, one who may not be as well-known as I am today, one who has not yet taken their message across the country, one who is just getting started, may well emerge as being better able to defeat the Democrat nominee,” Romney added. “In fact, I expect and hope that to be the case.”