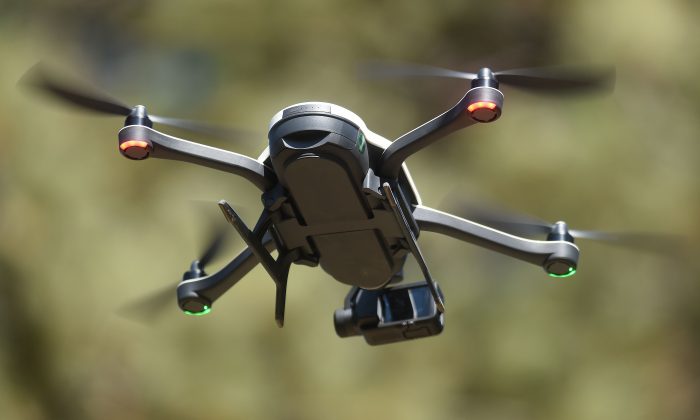 Cheap Drones May Change the Face of Security

In early October, the terrorist group ISIS killed two Kurdish fighters in the explosion, which was a first for the group. The Taliban was soon to follow up with a propaganda video, filmed with a drone, of a car bomb destroying an Afghan police base in Helmand.

These incidents, and others, have shown a unique shift in the nature of modern war. In today’s battlefields, consumer products are providing low-tech adversaries with high-tech tools for combat.

The shift is that off-the-shelf products “can be readily weaponized against national forces,” according to Dr. Robert J. Bunker, adjunct research professor at the Strategic Studies Institute of the U.S. Army War College.

In the wars in Iraq and Afghanistan, the outgunned insurgent forces often turned to remote-detonated improvised explosive devices (IEDs) as their main weapons.

According to USA Today in 2013, these devices were the cause of between half and two-thirds of American combat deaths and injuries.

“We are starting to go down the path of having IEDs no longer sitting around as static threats,” Bunker said. “Instead, they are slowly evolving into autonomous weapons that will actually seek out and try to kill troops.

“That is going to become a significant game changer on the battlefield.”

For troops on the ground, this also means that new countermeasures that can knock commercial drones out of the sky could soon become a basic necessity.

As things currently stand, troops are often left trying to shoot the unmanned aerial systems (UAS) out of the sky using basic firearms. Bunker said, “Kurdish forces have been doing just that for some time now.”

But as conflicts start moving to populated cities, and as ISIS begins to strap bombs to the UAS systems, Bunker said that “limiting collateral damage to civilians becomes a priority” and shooting them down may no longer be an option.

There are a handful of options on the table. These range from trained hawks that grab the devices out of the sky, to shoulder cannons that fire nets into the air, to specialized rifles that can seize control of the devices and force them to land.

The near-future solution, however, may resemble what’s already being done in Finland—where anti-drone technology installed at critical locations is being used to prevent drones from flying into the engines of commercial aircraft, prevent prisoners from getting deliveries of drugs and cellphones, and detect anyone who may be using drones to spy on government offices.

The company behind the technology used in Finland is Sensofusion, and according to its vice president of operations, Kaveh Mahdavi, governments from around the world are currently visiting their sites to see their devices in action.

The AIRFENCE devices of Sensofusion are able to track, disable, and seize control of UAS devices. The technology uses three antenna installations that scan for all unencrypted broadcasts in large areas—which includes many types of devices using radio frequencies, including UAS devices.

“We’re able to scan all those things,” said Mahdavi, noting that after the devices detect a UAS that presents a potential danger, they can seize control of the drone and force it to land.

Of course, the technology comes with both benefits and costs—that is, benefits to security and costs to privacy. Technology that scans for emissions can also sense and breach cellular signals and Wi-Fi connections, and it can also track the locations of devices as their owners move about.

While Mahdavi notes that his company does not breach devices, as they abide by local law, it does detect cellphones used by the UAS operators, which can help them identify a handler so police can make an arrest if necessary. He said such technology may soon be everywhere, not only as security threats from drones increase, but also as governments increasingly install smart city technology. If a crime took place, for example, the technology could show which cellphones were present at the scene, which could help police find suspects.

“To me, this was inevitable,” Mahdavi said, referring to the emergence of new risks from drones. “It’s of no surprise. It was just a matter of when.”