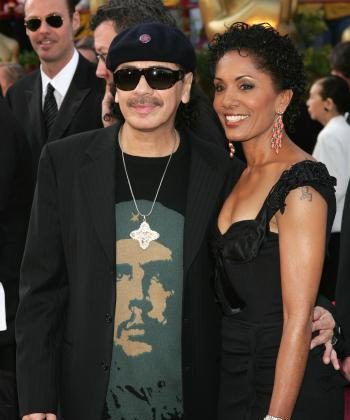 He was chief executioner for the Castro regime, responsible for the murder of thousands of Cubans. He was by all accounts cruel, self-centered and incompetent at just about everything other than murdering bound and blindfolded men.

Yet Ernesto “Che” Guevara is a darling of popular culture, that famous image by Alberto Korda appearing on posters, couture bags, and T-shirts worn by everyone from movie stars to the kid next door.

Che is celebrated by Hollywood and Madison Avenue as both saint and sex symbol.

Time Magazine once named him one of the 100 most influential people of the twentieth century, and many believe the Argentinean was a brave freedom fighter devoted to helping the poor of Latin America.

But their views are based on propaganda dispersed by Fidel Castro’s communist regime, said author Humberto Fontova, who revealed in his book Exposing the Real Che Guevara and the Useful Idiots Who Idolize Him, that Che was in fact a ruthless executioner who enjoyed killing, an opportunist and an abject failure as Cuba’s economy minister.

“They think he’s a rock star. They have no idea who he was,” said Fontova in a telephone interview from his home in Louisiana.

The irony of it is, said Fontova, that the very people who look up to Che today would have ended up in prison in Che’s Cuba. During his time as Fidel Castro’s second-in- command, El Che instigated a campaign against young people who had long hair and listened to American rock music.

“Most of the people singing his praises nowadays would be thrown in the labor camps by Che Guevara himself. He was a totalitarian. He was not a libertarian. He praised Stalin and he idolized Stalin and he tried to reproduce Stalin’s Russia,” he said.

Che’s campaign also included gays, religious believers, and authors—he burned books and signed death warrants for writers who disagreed with him. In 1960, at a town named Guanahacabibes, he initiated Cuba's concentration camp system.

Exposing the Real Che Guevara is based on scores of interviews with former revolutionaries and Cuban refugees as well as Felix Rodriguez, the Cuban-American CIA operative who was the last person to talk to Che shortly before the Bolivian government executed him in 1967.

Although portraying himself as an “austere idealist” and man of the people, Che was actually a hypocrite who desired material wealth and lived in one of the most luxurious mansions in Cuba, according to the book.

“The Cuban Revolution has been romanticized to the point where few people know about the actual origin of it,” Fontova said.

“Everything that you read in the modern media regarding the Cuban revolution is not just wrong—it is the opposite of the truth.”

Fontova, who has a degree in political science from the University of New Orleans and a masters in Latin American Studies from Tulane University, lived in Havana before escaping to New Orleans at age seven with his family in 1961.

“Che was not a doctor—he dropped out of medical school,” he said. “He was a hobo, a vagabond, mooching off women and pan-handling in Mexico City [when] he met Raúl and Fidel Castro.”

According to Fontova, Raúl and Fidel, like all revolutionary leaders, needed an executioner to transform Cuba into a “Stalinist state.” Lenin used Felix Dzerzhinsky, Stalin had Lavrenty Beria, and Hitler’s man was Henrich Himmler. The Castros too required a “puppet” to “execute thousands of defenseless and innocent people,” which is why they hired Guevara, he said.

“That’s what his role was. He was too stupid to do anything else. … He was a sadist. Some of the boys he executed were 17 and 18 years old. He executed them personally.”

In his book Che Guevara: A Biography, Daniel James writes that Che admitted to ordering "several thousand" executions in 1959, the first year of the Castro regime when he was put in charge of La Cabaña prison. Cuban journalist Luis Ortega writes in Yo Soy El Che! that Guevara sent 1,897 men to the firing squad.

While Guevara excelled as an executioner, he did not do so well as Cuba's Minister of Economics or as Minister of Industries. During this period the Cuban economy saw the near-collapse of sugar production, factories closed and rationing was introduced—all in what had been one of Latin America’s most successful economies.

Fontova is scathing in his criticism of two Hollywood films depicting Che as a heroic figure—The Motorcycle Diaries (2004) and Che: Part One and Che: Part Two (2008).

In both movies, which are said to be based on Che’s personal diaries, the commandante is portrayed as a savior of Cuban civilians. But Fontova said director Steven Soderbergh (Che) and executive producer Robert Redford (The Motorcycle Diaries) actually worked from diaries written by Fidel Castro and edited by the propaganda ministry of the Cuban regime.

“The movie [Che] is a complete farce. They have taken a script written by Fidel Castro, a dictator, and turned it into a movie that people are accepting as a legitimate movie around world.”

Kai Chen, a top player on China’s national basketball team in the late 1970s and now a political and human rights activist living in Los Angeles, said Hollywood has a history of making “leftist” films.

“There’s a culture in America, in American entertainment, that’s anti-America, anti-establishment. They should probably spend a few months in one of China’s labour camps—then they can talk about what’s in a communist country,” he said.

Having witnessed the legacy of Chairman Mao’s atrocities growing up in communist China, Chen is currently on a campaign to stop Mao’s Kitchen restaurants in California from selling T-shirts and other paraphernalia adorned with Mao’s image.

He said “power hungry” Guevara was an admirer of Mao, who during his reign was responsible for the deaths of more than 70 million Chinese, according to Mao: The Unknown Story by Jung Chang.

“Che idolized Mao. I think they both influenced each other. Mao looked at Che as a young form of Mao; through Che Mao could see himself in his youth. But Che idolized Mao for what he had achieved—unlimited power over his own people.”

Chen sees the marketing of Che items around the world as “very damaging. It makes people think that communism is okay, and even like a form of entertainment. Because people don’t know the atrocities, the misery, they think it’s somehow funny.”