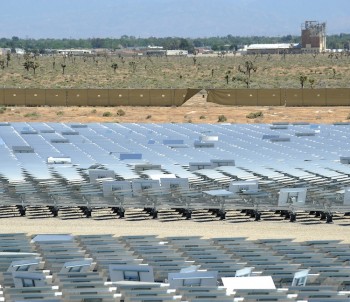 Heide B. Malhotra
View profile
Follow
biggersmaller
Print
Despite concerns about the future of energy with its drive toward green, sustainable, or alternative energy sources, in the area of transmission, also called the electric grid, investments have continued, although at a slower pace than a few years ago.

Transmission investments are of vital importance, given that energy drives the U.S. economy (through improved productivity because of modern equipment and tools), makes life more comfortable (no more wood or coal stoves), and allows us to get rid of the horse and buggy and drive that comfortable car.

A grid is a system or network that distributes electrical or other currents to users over a widely distributed system.

“Named the greatest engineering achievement of the 20th century by the National Academy of Engineering, the U.S. electric grid underlies every aspect of modern life. In many respects it is the most complex, synchronized machine on earth–the largest industrial investment in history,” Standard & Poor’s (S&P), a top-notch U.S. rating agency, said in its June article “Tracking Investments in New U.S. Electric Transmission Infrastructure.”

Over the past 100 years, most grid systems didn’t take into consideration the entire nation, but only addressed local and specific regional needs, with transmission lines reaching only those in close vicinity to the power plants.

It is interesting to note that certain components used in the system were installed during Thomas Alva Edison’s (1847-1931) time and need to be replaced.

S&P said that according to the U.S. Department of Energy, 70 percent of existing transmission lines, including transformers, as well as 60 percent of all circuit breakers in the United States were installed more than 25 years ago.

“Essentially, we have a late 19th century system that uses 20th century electro-mechanics in trying to keep up with a 21st century economy,” according to the S&P article.

Between 2001 and 2009, transmission/grid investments added up to $55 billion, increasing steadily between those years, according to a 2011 report by the Edison Electric Institute (EEI), an association formed by publicly owned electric companies.

However, these investments were earmarked toward grid modernization, replacement of old equipment, and assuring more reliable energy transmission.

Most investments went to Eastern sectors in the United States (70 percent), as population was more concentrated in those areas. The remainder was allocated between the West (25 percent of all investments) and Texas (5 percent).

“Investor-owned transmission companies … has quadrupled from approximately $2 billion per year in the 1990s to $8 billion to $9 billion per year during 2008 and 2009,” concluded a study released in May by researchers from the Working Group for Investment in Reliable and Economic Electric Systems (WIRES) and the Brattle Group, which covers the United States and Canada.

Given the economic upheaval, energy sales have also taken a beating, with people curtailing their driving, turning down the thermostat in winter, and turning it up in summer. Also, the many foreclosed homes on the market no longer need electricity, which in turn affects energy sales.

“The stage is now set for a big boost in transmission investments,” the S&P article suggested.

S&P predicts that since spending on improving, upgrading, and expanding the grid network had been curtailed during the past few years, projects need to be initiated that will span the entire country and assure reliable electricity transmission, not just to local areas, but crisscrossing the entire nation.

Over the next four years, annual capital spending most likely will rise between $11 billion and $14 billon over the 2000 to 2004 investment outlays, which were between $4 billion and $5 billion.

Furthermore, renewable energy requires a lot of additional networks, because such resources are generally generated in an out-of-the-way area.

The energy transmission sector took up the call for investments. EEI indicated that over 100 projects totaling about $61.2 billion would be completed over the next 11 years. EEI suggested that these investments are only the tip of the iceberg of projects to be initiated between now and 2021.

The projects referred to by EEI include $39.5 billion for upgrades of existing systems and $15.5 billion for meeting a number of reliability standards.

“Renewable studies in all interconnections underscore the need to build more transmission. … For instance, The National Renewable Energy Laboratory’s recent study concluded that transmission investments would cost $65 billion to $93 billion through 2024 to meet the 20% target,” according to S&P.

The WIRES and Brattle Group study suggests that between 2015 and 2025, total investment needs would amount to $180 billion for energy transmission projects. This amount includes some theoretical numbers, as no concrete information is available at this time. Over the next 20 years, the study predicts the need for $300 billion in investments.