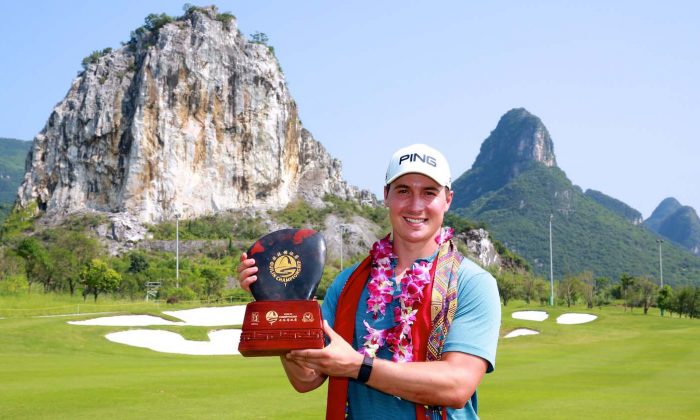 Charlie Saxon of America notched up another win on the  PGA Tour Series – China, at the Guilin Championship which concluded last Sunday, Jne 10, 2018.  This was his second win this year and his fourth in total in this tournament series.  He pipped Chinese youngster Zhang Jin by one shot with a 270 (18 under par) score to take the title. Justin Shin of Canada came third just one shot further back.

In the four tournaments he has played so far this year, he has won two and was second equal in another. There are nine tournaments in the schedule for 2018, of which five have now been played.

After this win Saxon extends his lead in the Order of Merit table with winnings of RMB422,000. The chasing pack are a little way back. Todd Baek of Korea is lying in second place with RMB330,000 and close on his heals are Jeffery Kang of USA and Cai Yi of China.

The next tournament is the Kunming Championship which starts on Thursday June 14.