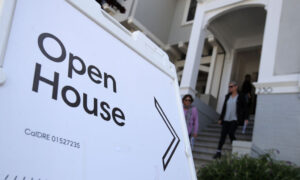 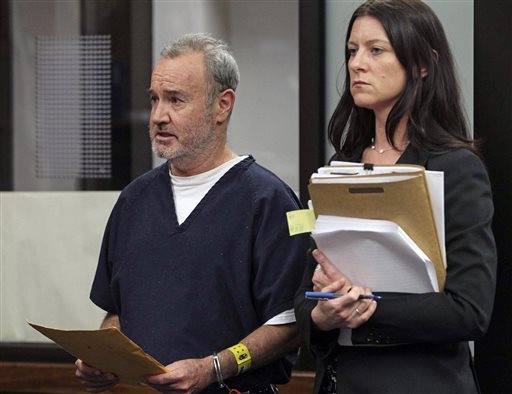 Peter Robbins, the original voice of Charlie Brown in “Peanuts” television specials, appears in court with attorney Kristin Scogin on Wednesday, May 8, 2013, in San Diego. Robbins was sentenced Wednesday to a year in jail for threatening his former girlfriend and stalking her plastic surgeon, then immediately released to a residential drug treatment center. (AP Photo/U-T San Diego, John Gibbins)
US

‘Charlie Brown’ actor rehab: Peter Robbins, the original voice of Charlie Brown, was sentenced to a year in jail.

SAN DIEGO—The man who was the original voice of Charlie Brown in “Peanuts” television specials was sentenced Wednesday to a year in jail for threatening his former girlfriend and stalking her plastic surgeon, then immediately released to a residential drug treatment center.

A judge warned Peter Robbins that he could be sent to prison for nearly four years if he violates the terms of his probation.

Robbins, 56, choked back tears as he told the judge that treatment for alcoholism and addiction to prescription medications would be a first step toward becoming “the fun-loving person” he was. He said he loved his former girlfriend, and he apologized to her and her plastic surgeon “for any fear that I caused.”

Robbins, who has been in jail since his arrest in January and pleaded guilty in April, received five years’ probation and must undergo treatment for domestic violence and stalking. He was ordered to pay the plastic surgeon $15,082 in restitution and to avoid contacting her for 10 years.

Prosecutors have said Robbins called the former girlfriend as many as 37 times over 24 hours, threatening to kill her and her son if she didn’t return his dog and car. He allegedly followed the plastic surgeon, calling her office so frequently that she moved to a hotel and hired an armed guard. Prosecutors said he demanded a refund for his ex-girlfriend’s breast enhancement.

The plastic surgeon wrote to the judge that Robbins wrote a note on her office door, threatening to break her “in half.”

Robbins starred as Charlie Brown in the 1965 debut “A Charlie Brown Christmas” and held the role in five other television specials, including “It’s the Great Pumpkin, Charlie Brown” in 1966.

Scott McGuire, who helps run a Peanuts history website called FiveCentsPlease.org, said every “Peanuts” producer since Robbins’ final television special in 1969 has sought actors who can match his voice. McGuire said they have generally succeeded, but Robbins “remains the definitive version of Charlie Brown.”

Robbins, whose acting career ended soon after his final Peanuts show, told National Public Radio in 2006 that he was living in the Los Angeles area, where he owned and managed several apartment buildings. At the time, he said he was single and had a dog named Snoopy.

The former child actor was recently the voice of Charlie Brown for a version of the 1965 animated classic that was made for smartphones.