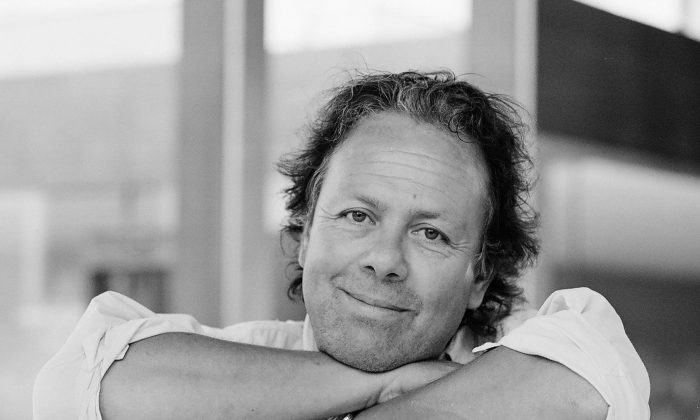 Charles Wilkinson, director of “Haida Gwaii: On the Edge of the World,” the last film in a trilogy that aims to raise awareness about the devastation that occurs from resource extraction in Canada’s northern regions. (Courtesy Hot Docs)
Canadian Content

Charles Wilkinson: A Passion for the Environment

Charles Wilkinson won Best Canadian Feature Documentary award at Hot Docs on May 1 for “Haida Gwaii: On the Edge of the World,” the final film in a trilogy spotlighting the environmental cost of the massive harvesting of natural resources occurring in northern Canada.

The documentary received the top honour when it premiered at Hot Docs, the Canadian International Documentary Festival that takes place in Toronto every year. Awards are presented to Canadian and international filmmakers, chosen from the over 200 films screened during the festival. It’s the largest documentary film festival in North America.

“It’s an enormous honour and it’s a great huge pat on the head, and it means that people will have an opportunity to see that film, the Haida Gwaii film, a lot more because of that award,” Wilkinson says.

I know for a fact that the vast majority of Canadians have no sense of what is being done in our north.
— Director Charles Wilkinson

Wilkinson directed the film and co-produced it with his partner Tina Schliessler. Before focusing his lens on environmental issues and making documentaries, he directed award-winning drama movies, TV movies, and TV shows for American networks for which he received numerous awards.

When he saw the destruction of the landscape in areas being mined or logged, Wilkinson started making films to raise awareness about the extent of the devastation occurring in northern parts of Canada.

“I know for a fact that the vast majority of Canadians have no sense of what is being done in our north. And it’s not just our north—it’s the entire north of the globe. The level of resource extraction is just flat out suicidal and it’s out of sight, out of mind,” he says.

Wilkinson’s first doc in the trilogy, released in 2011, was “Peace Out.” It focused on the industrial destruction of the Peace River Corridor in northern British Columbia due to oil and gas development.

This was followed by “Oil Sands Karaoke” in 2013, which asked why Canadians weren’t trying to do anything about the negative effects of fracking to extract oil and gas that occurs without any government oversight.

“So if we the people were to impose a set of reasonable regulations that would prevent the destruction, the wanton destruction of the natural world, those guys would follow those rules. But we’re busy; we’re busy with our flat screen TVs and our smartphones and our hockey games,” Wilkinson says.

The third in the trilogy, “Haida Gwaii,” asked what, if anything, was being done to reduce the negative impact of mining, logging, and over-fishing. It is a positive film, a tribute to the passion and resourcefulness of the residents of the Haida Gwaii archipelago, formerly the Queen Charlotte Islands.

Here people have a strong community and respect the land and surrounding ocean. This combination gave impetus to vocal complaints about what was happening to these unique islands at the hands of big business.

“The film shows pretty clearly that people there were just so vociferous in their opposition to the overcutting by the logging companies that they ultimately put forth this huge effort to solve it—and they did. It worked,” Wilkinson explains.

“So yes the situation on Haida Gwaii I think is a real model, it’s a real template, for how people can knuckle down and seize control of their situation and start turning it around and start healing. Start living in an environment that gets better every day instead of getting worse.”

He adds that he hopes audiences will take away a sense of hope from watching “Haida Gwaii.”

Wilkinson notes that people are more interested in seeing good documentary films than ever before, and this is borne out by the record attendance at Hot Docs this year.

“What we’re seeing is people are coming to documentary in greater and greater numbers and it’s really encouraging. … At an event like HotDocs in Toronto you’ve got people lined up around the block. People were turned away from seeing not just our film but dozens of other documentaries from around the world,” he says.

“I think that’s probably the primary reason why documentary’s doing so well is that documentaries are true, they’re real, and they expand your knowledge of what’s really going on rather than what some corporation wants you to think is going on. Because the documentaries that are doing well are point-of-view documentaries.”

Wilkinson didn’t want to say too much about what he and Schliessler are currently working on.

The first two docs in the trilogy, “Peace Out” and “oil Sands Karaoke,” are available on iTunes.