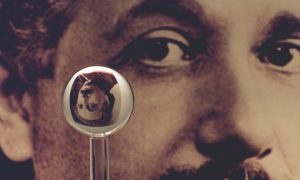 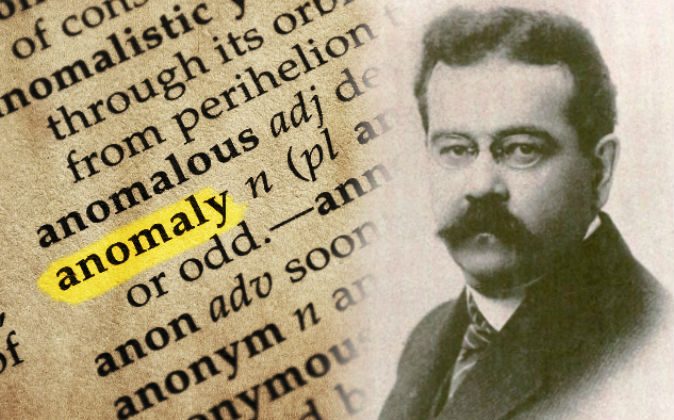 Charles Hoy Fort was an American “self-educated newspaperman, modestly-successful short story writer, unsuccessful novelist and inventor, and eccentric natural philosopher,” according to a description by English Professor Terry Harpold at the University of Florida.

Fort is regarded by some, especially his devotees, who call themselves “Forteans,” as a pioneer of anomalistic studies. This is a term coined in 1973 by anthropologist Roger W. Wescott, and it has been used to describe the “interdisciplinary study of scientific anomalies (alleged extraordinary events unexplained by currently accepted scientific theory).”

Fort was fascinated by such anomalies, and spent much of his adult life collecting accounts of such events.

Fort was born on August 6, 1874, in Albany, N.Y. Fort’s parents were Dutch immigrants who became fairly prosperous in the United States. His family owned a wholesale grocery business in Albany.

Fort had a painful childhood, as it has been said that his father was abusive. Some believe that as a result of these experiences, Fort became skeptical and distrustful of authority and dogma.

In 1892, at the age of 18, Fort escaped his father’s authoritarian ways by leaving home. He began working as a journalist for a New York newspaper and eventually became an editor of a Long Island paper.

He quit his job, however, in 1893, and hitchhiked around the world. His travels were cut short in 1896 when he contracted malaria in South Africa.

After that, Fort returned to New York, and married Anna Filing. One source claims that Anna was “an Irish immigrant whom he had known in Albany,” whilst another says she was “an English servant girl in his father’s house.”

For the next couple of years, Fort lived in the Bronx with his wife. During this time, the couple lived in poverty, and Fort tried to make ends meet by writing stories for newspapers and magazines. He eventually gave up on writing fiction.

In 1906, he began to collect accounts of anomalies.

However, this was not his initial aim. Instead, whilst doing his research in the New York Public Library, he read about a whole range of subjects, including science, art, philosophy, and economics. It was here that he found reports of odd things, and started to collect them by scribbling them on small sheets of paper.

In 1906, he began to collect accounts of anomalies. However, this was not his initial aim.

In 1915, Fort was encouraged by Theodore Dreisner (a magazine editor whom Fort met in 1905 and befriended) to compile his reports of anomalies into a book. In the following year, Fort received a modest inheritance from an uncle that allowed him to concentrate on his writing.

Whilst Forteans regard Charles Fort as a pioneer in the study of anomalies, others are less certain about this pioneer status. For example, the Skeptic’s Dictionary describes Fort as an “anti-dogmatist who collected weird and bizarre stories.”

Investigating the Paranormal, Jim Malliard Finds His Place in the World

It has been claimed that Fort’s primary goal was to embarrass and ridicule scientists with stories that could not be explained by science. Scientists were on Fort’s list of authoritative figures he distrusted.

Charles Fort died at the age of 57 on May 3, 1932, in the Bronx, N.Y. A year before his death, the Fortean Society was established by one of Fort’s friends, Tiffany Thayer. Fort, who was a skeptic even of his own authority, refused to join this society.

Whilst some emphasize his hostility towards science, others regard him as a hero and an inspirational figure whose writings on anomalies profoundly impacted the way we approach this subject.

Fortean Societies can be found in different parts of the world, but Charles Fort also inspired magazines, such as the Fortean Times, and a short-run TV program called Fortean TV.

Both the magazine and the show have a focus on anomalous phenomena that probably would have interested Fort.

Republished with permission. Read the original at Ancient-Origins.net.