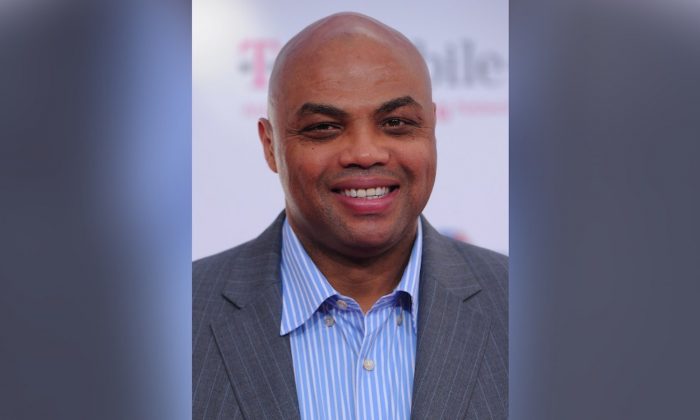 Charles Barkley, a former NBA star and now an NBA analyst on TNT, said after the Democratic presidential candidate debate on July 30 that political parties have been neglecting economic opportunities for black Americans. He also added that most black people he knows who have always voted Democratic are “still poor.”

In 2017, Barkley remarked that Democrats have “taken the black vote and the poor vote for granted for a long time,” and that “this is a wakeup call for Democrats to do better for black people and poor white people.”

When Barkley was asked on July 30 whether he felt that “it’s different this time around,” he replied, “I do not.”

“I think all politicians take black folks for granted,” he told a Yahoo News reporter at the Fox Theatre in Detroit, Michigan, after the debate. “They talk to black folks every four years, and that’s about it, and then do nothing about it.”

“And both parties suck in that aspect, and that is not a Republican or Democratic thing, not a liberal or conservative thing. It’s an economic thing. Economic opportunity. And that’s what both parties’ been neglecting, especially the Democratic Party,” Barkley continued.

“Every black person I know has always voted Democratic, and with the exception of a few guys who can play sports, all those people are still poor,” he added.

Charles Barkley came into the spin room for a bit.
He likes Julián Castro.
Said both parties take black voters for granted. pic.twitter.com/Bxr8RUDUNU

Earlier in the interview, Barkley said that his top two choices so far are two Democrats: former Obama Housing and Urban Development Secretary Julian Castro; or South Bend, Indiana, Mayor Pete Buttigieg. But he hasn’t made a formal choice “because I’m not sure if they’d get enough traction to be counted.”

The Yahoo News reporter followed up Barkley’s comments on black votes for Democrats with the question, “Whenever people say [President Donald Trump]’s racist he says black unemployment is at a record low. Do you think he’s a racist?”

Black voters constitute about 20 percent of all Democratic voters, according to 2018 data from the Pew Research Center, and they are known to vote overwhelmingly Democratic.

Larry Elder, an attorney, best-selling author, and talk show host told The Epoch Times in February that he believes black people continue to vote for the Democratic Party due to the perception that racism continues to be a significant problem in the country.

“[W]e constantly hear about racism and racial injustice and those kinds of things because the Democratic Party needs black people to remain angry,” he said.

Elder, who is also a contributor to The Epoch Times, noted that there were some points about the Democratic Party that some black Americans may not be aware of.

“Most black voters, by the way, have no idea about the racist history of the Democratic Party,” he said. “I didn’t know when I was in high school that Democrats founded the [Ku Klux] Klan.

“I didn’t know when I was in high school that more Republicans, as a percentage of the party, voted for the Civil Rights Act of 1964 than did Democrats,” he said.

Elder said racism is not the most pressing issue for black Americans today.

Among black Americans, approximately 72 percent of children live with a single parent, most often the mother. Compared to those who grow up in intact homes, children from single-parent households are twice as likely to be suspended or expelled from school, and more than twice as likely to be arrested for juvenile crime.

Candace Owens, an American conservative commentator and political activist, told The Epoch Times in July that the core of the Democratic platform is focused on having people believe they have been oppressed and victimized.

“We have been sold and administered a victim mentality to our own detriment. And we were sold that by the left, by the Democrat Party. … We’ve been manipulated by the conversation about racism for so long,” Owens said.

Owens also believes that the biggest issue facing black America today isn’t racism but the lack of black fathers in the home.

Irene Luo contributed to this report.