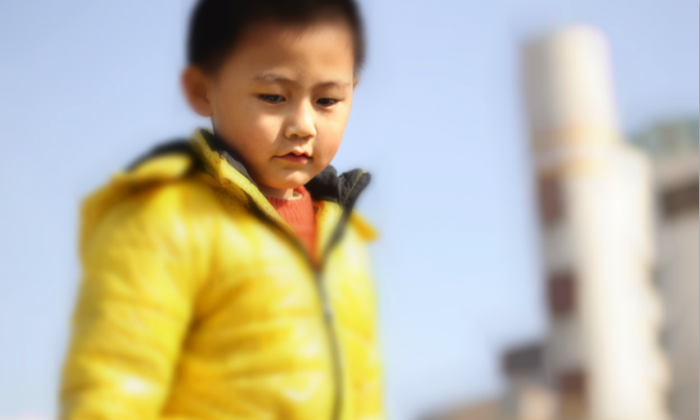 Charity Gives ‘Boy With Frozen Hair’ a Small Fraction of $77,000 Allegedly Raised on His Behalf

The Chinese public has donated over $77,000 after a photograph of the icicle-encrusted hair of a Chinese schoolboy generated widespread online buzz and drew attention to his fate.

But the handling of these funds by a government-run charity has sparked controversy in China, the Daily Mail reported, as the impoverished 8-year-old boy received only a small fraction of the donated money.

The child, named Wang Fuman, reportedly got around $1,250.

A picture of a young boy with his hair frozen went viral and attracted thousands of people’s attention. He walked over one hour, 4.5 kilometers, in minus 9 degree temperature to reach his school. pic.twitter.com/8ouQOUxNkk

Chinese media has referred to the boy as a “left behind child,” a term used to describe children whose parents have left rural China in search of better-paying employment opportunities in cities, leaving their offspring behind, sometimes with limited support.

After photos of the boy’s icy hair surfaced, donations reportedly poured in to the Zhaotong Youth Development Foundation.

But after it was revealed that most of the funds would be used to help other less-fortunate children and the boy would receive only a fraction, this sparked heated exchanges among Chinese internet users.

Some agree with the solution, saying that this way the funds can benefit more children in similarly difficult circumstances.

Others opposed the decision of the charity in principle, because donors thought their contributions were going to benefit the boy specifically.

According to the Daily Mail, the government-run charity has stated that it plans to use the funds to benefit children like Wang Fuman, but not the boy exclusively.

The boy shot to fame after photos of his icicle-encrusted hair went viral. Just prior to the picture being taken, the boy spent over an hour walking 2.8 miles to school on a harsh winter morning, according to a Daily Mail report. He is said to have worn thin clothes and had to sit in a classroom with no heating to take a test in school in a small town in Shaotong, southern China’s Yunnan Province.

Boy’s hair is completely FROZEN after he walked an hour to school in rural China https://t.co/5tyvZAiAIG

Details of his modest living conditions were also revealed, moving many in China to begin donating.