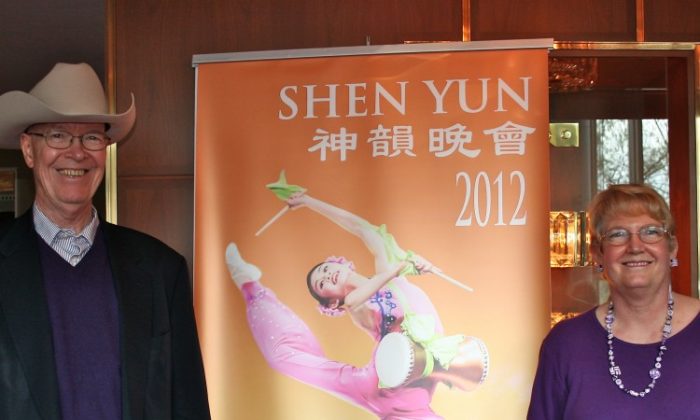 WASHINGTON—Shen Yun Performing Arts graced the stage on Sunday April 1 at the Kennedy Center Opera House, right next to the natural beauty of the Potomac River, showcasing 5,000 years of Chinese culture through dance and music.

“It exposes people to the culture, and it’s a marvelous culture,” said Troy D. Zeigler, director at Catholic Charities USA, which serves more than 10 million people of all faiths each year. “Even Chinese people are not familiar with—those who have come here and been born and raised here—and often will lose touch with that culture, and I think it is something that we should not lose touch with, so I think it’s very good to expose people to that.”

More than six decades of communist rule in China, including multiple violent campaigns, nearly decimated the ancient, divinely-inspired culture, according to Shen Yun’s website. Based in New York, Shen Yun travels around the world with the mission of reviving this heritage that was nearly lost, along with its virtues such as benevolence, honor, and sincerity, as well as a reverence for the heavens and the divine.

Mr. Zeigler saw spiritual values that imparted meaning to him through the performance.

Beginning at the dawn of civilization, the dances span across different areas as well as all the way to modern China, where an oppressive society doesn’t allow freedoms seen in many countries.

“I also think it’s a good idea to remind people of what is going on in China today. I was in the military during the cold war period and [have] some very strong feelings about that, so I think it’s very important to remind people about that,” said Mr. Zeigler. “I believe communism is evil and it’s still here today.”

There were also other messages, imparted through the singing, which Mr. Zeigler talked about.

“There were messages of hope and of the faith, and a belief in something good—of life, the vitality of life.”

‘The music is beautiful’

Michael March, chief of police for the city of District Heights in Maryland, also attended the performance.

Mr. March commented on the Shen Yun Orchestra, which combines classical Western with traditional Chinese instruments, such as the 4,000 year-old, two-stringed erhu, also known as the Chinese violin.

“It’s excellent, it’s beautiful, the music is beautiful, and that’s what I like about Chinese music—it’s very beautiful,” he said.

Mr. March found the performance to be a good learning experience, and was impressed with the colors in the performance. All of the costumes in Shen Yun are handcrafted, from imperial dragon robes to warrior’s garb, and digital backdrops feature vivid landscapes and heavenly palaces.

Classical Chinese dance, a comprehensive system with an ancient history, almost as ancient as the 5,000-year-old culture itself, and the ethnic and folk dance, also impressed Mr. March.