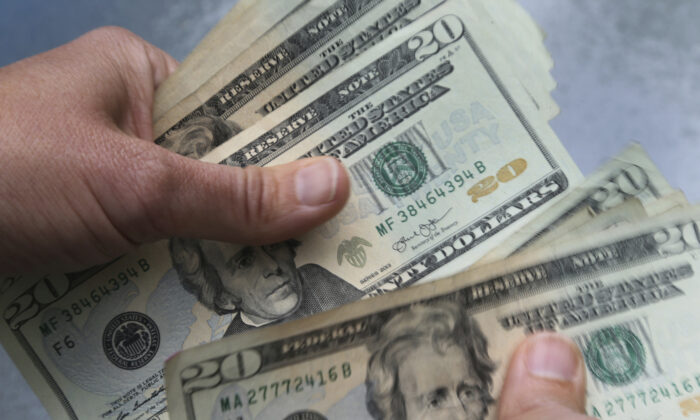 Giving in the modern state is compulsory, and the donors have no choice in the matter, either as to the quantity or the destination of their gifts, perhaps better known as taxes. Of course, in the process of distribution, a proportion of their gifts don’t reach their ostensible recipients, as distribution itself doesn’t come as a gift but as an additional reason why the compulsory gifts must be so large.

The situation is complicated by the fact that many of the recipients are also donors (or all of them are if you count indirect as well as direct taxes). Thus, many people can’t work out (if they think about it at all) whether they give or receive more, which confuses their view of things.

There are, however, people who clearly receive more than they give: those who exist entirely on gifts. Some of them couldn’t possibly exist other than by such gifts, being incapable of looking after themselves. But they aren’t the majority of those who live entirely on gifts. Again, the distinction between those who are incapable and capable of looking after themselves isn’t absolute; there are shades of incapability between them, those who require partial but not complete help.

The fact that there’s a spectrum of need, from total to none, gives bureaucracies of welfare the pretext or excuse for expanding them ad infinitum, thus expanding also the requirement for further compulsory donations from the rest of the population. An incompetent population is the joy of bureaucrats.

As for the recipients of gifts, they don’t really regard them as a blessing, but more as a right, certainly after they’ve become accustomed to receiving them, which they do very quickly, almost instantaneously. In Scotland, for example, menstruating women (or menstruating people, as I suppose we’re now supposed to call them), now receive what are repeatedly called free sanitary supplies—free, that is, to them, but not free to others, since such supplies aren’t a free gift of nature, descending like manna from heaven.

Whether this distribution of sanitary supplies is a good idea in itself is beside the point, or at least beside my present point: For the fact is that, by instituting such “free” distribution, the government commits all future governments to continue it, de facto if not de jure, as any attempt to reverse the policy will be seen by a large part of the population, voters all, as mean, vindictive, misogynistic, anti-egalitarian, undemocratic, elitist, and so forth.

While, in constitutional theory, no government can commit subsequent governments to any particular policy, in practice, many policies, especially those bestowing “gifts” upon a population, are exceedingly difficult, politically, to reverse. Governments that come into power promising the reduction of government expenditures often fail to do so—or even end up increasing it. They find that, in practice, it’s more blessed to increase than to decrease.

Once a benefit is received, even if one has paid or continues to pay for it oneself through taxes, it’s painful to have it withdrawn. I don’t exclude myself from this strange phenomenon. For example, having reached a certain age, I’m “entitled” to reduced fares on public transport. I’m not economically in need of them: I can well afford to pay my own way, unlike many people who don’t have this “entitlement.”

Millionaires have this entitlement as well as paupers, as it’s apparently too difficult for the administrators to distinguish between the truly necessitous and the wealthy, let alone the prosperous.

Be that as it may, if the reduction in fares as a right were now withdrawn from me, I should feel aggrieved, as if my fundamental rights had been breached. I’ve become accustomed to reduced fares; to me, they’ve become normal, as much a part of the climate of my life as the weather. I count on them.

There’s a further psychological effect that my right to reduced fares exerts on me, namely that they’re a visible or tangible return for the taxes that I’ve paid all my life. I feel that I’m getting something back, some immediate return. The subsidy is, of course, very small, minuscule by comparison with the total taxes that I’ve paid and continue to pay.

But what’s logical isn’t necessarily psychological, and the fact of an obvious benefit reconciles me, at least to some extent, to the taxation that I would otherwise resent more. Those who would tax, therefore, would be wise to litter the population with little benefits, especially those who don’t need them but pay the taxes, as absolute monarchs used to occasionally scatter coins to the destitute multitudes.

In France, there’s a great deal of propaganda—posters at every site of public works, lit-up signs, and painted slogans on buses—informing the public of the benefits wrought by whichever of the many layers of government has conferred the benefit upon it.

But that isn’t what the propaganda is driving at. The impression that it’s trying to give—and I think succeeds in giving—is that the government—whichever of its many layers is concerned—is conferring some almost undeserved benefit on the population from the goodness of its heart, because it’s wise and beneficent, because it’s a shepherd to its sheep, and because it’s generous as well as solicitous. It’s, as were, transparent, having no interests of its own to pursue.

You don’t have to be a thoroughgoing economic determinist to suspect that this isn’t so.