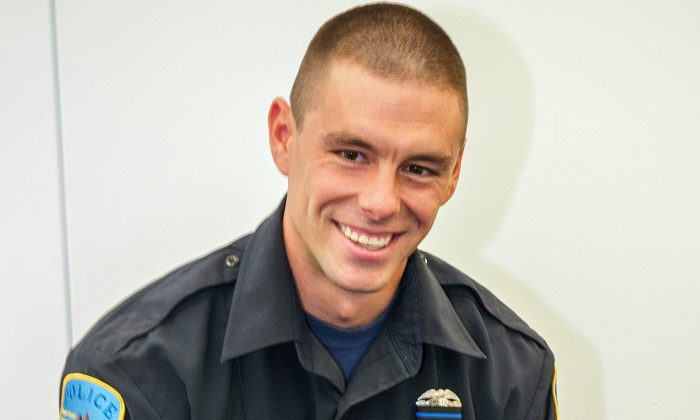 Police officer Collin Rose was shot in the head while on patrol near a university campus in Detroit on Nov. 22, 2016 (MJ Murawka/Wayne State University via AP)
US

DETROIT—Charges could be announced Friday against a suspect being held in the fatal shooting this week of a Wayne State University police officer in Detroit.

Maria Miller, spokeswoman for Wayne County Prosecutor Kym Worthy, said in an email Thursday morning that the prosecutor’s office had received a warrant request in connection with the shooting death of Wayne State Officer Collin Rose. Miller said late Thursday that there would be a decision on charges on Friday.

Rose, 29, was shot in the head Tuesday evening while on patrol near the Wayne State campus. The five-year veteran of the university police force died Wednesday evening in a hospital.

Detroit police said they arrested a suspect late Tuesday night a few blocks from where Rose was shot, but he had not been charged.

Wayne State, which has more than 27,000 students, employs about 65 officers. Rose, who worked in the canine unit, is the only Wayne State officer killed in the line of duty.

Detroit Police Chief James Craig said Rose was on duty around 6:30 p.m. Tuesday when he radioed to say he was investigating possible thefts of navigation systems from vehicles and that he was about to speak to someone on a bicycle.

Officers who arrived on the scene found Rose injured on the ground. He underwent surgery Tuesday night at Detroit Receiving Hospital.

Wayne State Police Chief Anthony Holt said Wednesday that no weapon had been recovered and that the investigation was ongoing.