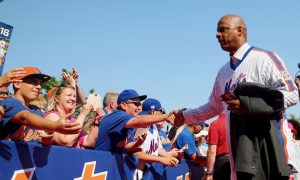 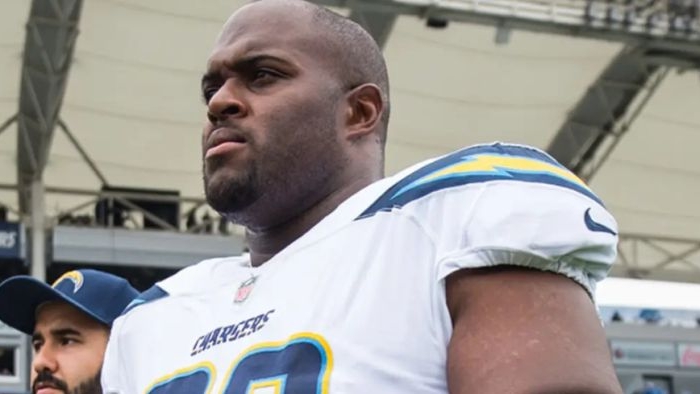 Mebane and his team are slated to play on Sunday’s game against the New England Patriots.

“She passed away January 3, Thursday,” he said, according to the Chargers website. “She wasn’t getting better so we had to make a decision. She kept having bleeds from the stomach, and then when they tried to feed her, it wasn’t good for her liver.”

Words are hard to come by with the passing of Brandon Mebane’s infant daughter, Makenna.

Please join us in keeping Brandon, and his family, in your thoughts and prayers.

Mebane, 33, has missed playing over the past several months as he helped care for his daughter, Makenna, who was born prematurely in November 2018. She was diagnosed with trisomy 13.

“Trisomy 13, also called Patau syndrome, is a chromosomal condition associated with severe intellectual disability and physical abnormalities in many parts of the body. Individuals with trisomy 13 often have heart defects, brain or spinal cord abnormalities,” and other problems, says the U.S. National Library of Medicine.

Mebane added that he’ll carry his daughter’s memory with him.

“We’re doing pretty good,” he said about his family. “Just trying to take one day at a time. Still thankful (for having her in our life). Thank God every day. Still pray. We’re just taking it just one day at a time.”

Mebane said he will play with the Chargers against the Patriots in Foxborough, Massachusetts, but he said his daughter’s memory with stick with him no matter what.

“No matter where I am, I still think about her,” he said. “I’m just happy I’m still able to play this game, so (I’m doing) pretty good.”

The Chargers said it is extending its condolences to Mebane’s family.

“Words are hard to come by with the passing of Brandon Mebane’s infant daughter, Makenna,” the team tweeted. “We are heartbroken. Please join us in keeping Brandon, and his family, in your thoughts and prayers.”

In early December, he opened up about his daughter.

“The thing we were dealing with recently with my daughter was she had developed a stomach infection,” he said at the time.

“This sometimes happens when babies come out premature. My daughter, she wasn’t supposed to be born until December 16. She came November 12 of this year. She was fine for a couple of weeks, for two weeks, and then she got sick with (her) little stomach intestines. They call it NEC (Necrotizing Enterocolitis). Basically, the baby swells up and all kinds of things happen. Her blood was low. They had to get her blood counts and all kinds of medicine to help her recover.”

Brandon Mebane said his daughter Makenna passed away on Jan. 3. Makenna had been battling a heart defect since her birth late last year. Brandon said his family is back in California. "I'm still thankful, and I thank God every day," he said. "We're taking it one day at a time."

Mebane missed his team’s’ playoff game against the Ravens on last week to be with his family. He confirmed to the Los Angeles Times that he wants to play this Sunday, Jan. 13.

Mebane was drafted by the Seattle Seahawks in 2007 and played in Seattle until the 2015 season before he signed a three-year deal with the Chargers in 2016.

Regarding his daughter’s condition, affected children often can have “heart defects, brain or spinal cord abnormalities, very small or poorly developed eyes (microphthalmia), extra fingers or toes, an opening in the lip (a cleft lip) with or without an opening in the roof of the mouth (a cleft palate), and weak muscle tone (hypotonia),” says the Library of Medince.

“Due to the presence of several life-threatening medical problems, many infants with trisomy 13 die within their first days or weeks of life. Only five percent to 10 percent of children with this condition live past their first year,” it says.