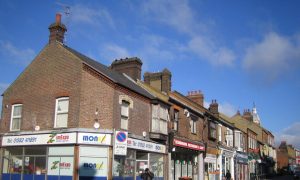 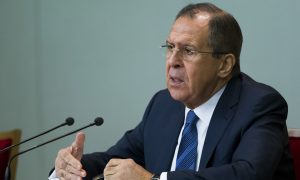 Russia Urges for Including Kurds in Syria Talks
0 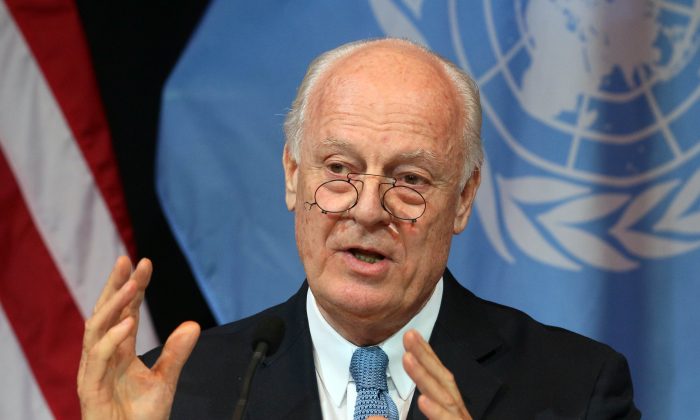 U.N. Special Envoy for Syria Staffan de Mistura at a news conference in Vienna, Austria, on Nov. 14, 2015. One of the major opposition groups in the Syrian war said Wednesday, Jan. 27, 2016 it will only attend the imminent Geneva peace talks if the sieges in the country are lifted and other conditions are met, casting further uncertainty on the talks scheduled to begin in two days. (AP Photo/Ronald Zak)
International

BEIRUT—The invitations are sent and preparations are underway at the U.N.’s Palais des Nations in Geneva, where the first peace talks in two years on the conflict in Syria are to begin Friday.

But two days before the talks, it is unclear who will attend—or even if the U.N. special envoy to Syria will be able to move the needle on any of the thorny issues on the agenda to help end the war that has killed 250,000 people in the last five years.

In the chaotic run-up to the talks, the warring sides and their international backers have bickered over who should be present and what should be discussed, with some threatening to boycott if their conditions are not met.

The drama continued Wednesday with a major opposition bloc saying it would only join the talks if progress is made toward lifting sieges on blockaded towns in Syria and implementing U.N. Security Council resolutions on other humanitarian issues. The Saudi-backed bloc known as the Higher Negotiating Committee was meeting to make a final decision on whether to go to Geneva.

The U.S. on Wednesday called on the opposition to attend the talks.

“We believe it should seize this opportunity to test the regime’s willingness and intentions and expose before the entire world which parties are serious about a potential peaceful political transition in Syria and which are not,” State Department Spokesman Mark Toner said.

The wrangling has cast uncertainty on the talks, which already are generating very low expectations. The process is aimed at getting the sides to discuss implementing a national cease-fire and a political transition ending in elections.

Here’s a look at who’s invited, who’s not, and how the talks will proceed:

Arab media said de Mistura invited 15 delegates from each side. He also invited Russia-backed Syrian opposition figures including Qadri Jamil, a former Syrian deputy prime minister; civil society groups; women; and independents. Among the independents is former Foreign Ministry spokesman Jihad Makdissi, who said he won’t be at the first round of talks to help ease intense wrangling and because the formation of the Syrian opposition delegation has been marred by troubles.

The opposition delegation is headed by Syrian army defector Asaad al-Zoubi and includes Mohammad Alloush, who represents a powerful Islamic rebel group known as Jaish al-Islam, or the Army of Islam. The group is considered a terrorist organization by Syria and Russia.

Who Is Not Invited?

The largest Kurdish group in Syria, the Democratic Union Party or PYD, is not invited; neither are the Islamic State (ISIS) and the Nusra Front, two militant factions that control large parts of Syria.

The PYD’s participation has emerged as the biggest sticking point ahead of the talks. Its military wing has been instrumental in the fight in northern Syria against ISIS militants, and Russia insists it should be present. But Turkey, which has its own restive Kurdish population and views the group as a terrorist organization, strongly opposes any PYD participation and threatened to withdraw its support for the talks if it is invited.

In the end, de Mistura did not extend an official invitation to leaders of the group, but its leader, Saleh Muslim, was in Lausanne on Wednesday. Kurdish officials said he was invited by the Swiss government to serve as an adviser to the talks. Haitham Manna, a veteran Syrian opposition figure, suggested he would boycott the talks unless the PYD was invited.

How Will the Talks Proceed?

Unlike talks in Geneva two years ago when government and opposition delegations faced off, de Mistura says he plans to keep them apart in separate rooms, with “a lot of shuttling” in between. He said Monday he is aiming for “proximity talks” that start Friday and go for six months on a staggered basis. The approach points to the enormous complexities that lie ahead.

One of the suggestions has been to have three rooms at the Palais des Nations: one for the government delegation and two for the opposition to include both the Saudi and Russian-backed opposition. Khaled Nasser, an opposition figure, said he believed negotiations with such limited ambitions would “waste time.”

What Do Other Countries Say?

The U.S. and Russia agree on the need to get the two sides talking about Syria’s future but are split on most other issues.

Saudi Arabia and Turkey, both key backers of the rebels, supported the formation of the opposition delegation that includes Islamic rebels.

Russia, a main backer of the Syrian government of President Bashar Assad, has lobbied for other representatives to be there, including those that the Saudi bloc considers to be too close to Assad and the PYD.

French Foreign Minister Laurent Fabius said the Higher Negotiating Committee should be the primary negotiator for the rebels.

Iran, another main backer of Assad, is among the 17 nations that support the process, but it has not voiced much opinion on the formation of the delegations.