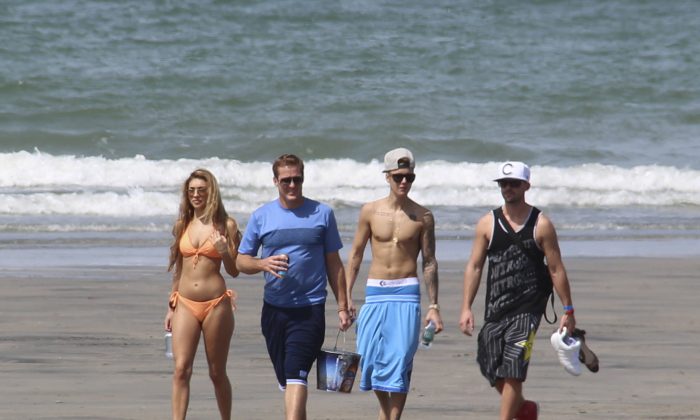 Chantel Jeffries, a model who singer Justin Bieber was allegedly dating at one time, was said ot have been spotted outside of his hotel “minutes ago.”

JustinBieberCrew.com, which is the “official Jusin Bieber Crew,” tweeted: “Chantel left the hotel around 15 minutes before Justin.”

Beiber is apparently staying at a hotel in Beverly Hills.

“Justin was coming out to meet fans, but the paparazzi started attacking, so he got into his van,” the account also said.

It also wrote: “Chantel is with Justin!” and it was retweeted thousands of times. The term became a worldwide trend on Monday.

Neither Bieber or Jeffries confirmed they were at the hotel.

She is best known for being the model with Bieber, 20, when he was arrested for drag racing in Miami earlier this year, according to the New York Daily News.

“She truly is an honest, Christian girl,” her aunt Nancy McCluskey, 39, told the Daily News earlier this year. “She’s a very well-rounded and intelligent individual, so it’s kind of shocking to hear she was present for this.”

“God no. She’s never been in trouble for drag racing,” McCluskey also said at the time.