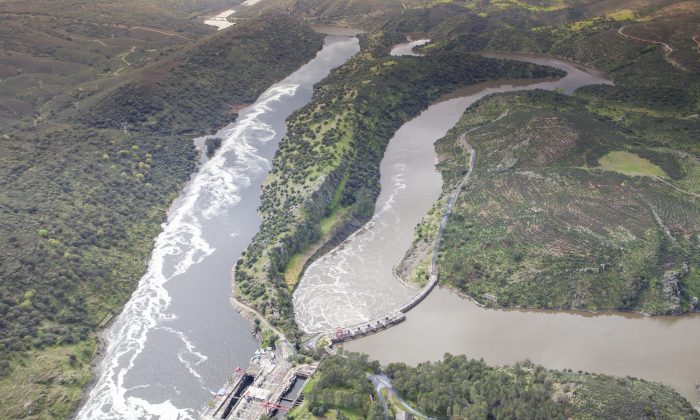 Changes to Our Rivers and Floodplains Have Exacerbated Flooding

The recent and ongoing flooding of urban areas in northern England and the Scottish borders has in part been caused by unprecedented rates of rainfall. However, this is only one of the factors that contribute to the development of a flood wave passing down a river. Centuries of alteration to how our river catchments (or drainage basins) function has undoubtedly exacerbated the risk of downstream flooding in every river area in Britain.

Rivers are inherently variable, but those with floodplains tend to flood in these areas every couple of years with deeper more extensive flooding occurring less frequently. Sometimes riverbeds also deepen as part of a natural adjustment and in these cases flooding would also be less frequent. Most often, though, floodplain inundation has been reduced deliberately through dredging, embanking, straightening and clearing, which concentrates flood flows in a main channel.

These alterations to the landscape have fundamentally altered surface and subsurface flow processes. They include a strategic network of drains and ditches cut by landowners and managers (often with government grants) to improve floodplain land for agriculture to prevent surface flooding and waterlogging, and dredging and embanking which helps to contain flow within a river. Improved drainage in our upland moors through the cutting of a network of drainage channels means that upland precipitation or snow melt is also now concentrated into channel networks more quickly and flows downstream into river valleys faster.

All of these interventions move water more quickly downstream instead of capturing it in the soil or naturally inundating valley bottom areas where it flows more slowly. Government plans to relax current rules will see this drainage network extended and improved to the detriment of the main river flood regime and those living and working downstream.

Natural flood risk management includes measures to store and slow flow in catchments more effectively with the aim of reversing the long-term trend of moving water downstream as quickly as possible and restoring some functionality to beleaguered uplands and floodplain areas.

It would make sense to try to restore some of the storage function that catchments used to perform before they were so expertly drained. Keeping water in the catchment area for longer means that the flood wave in the river will be longer but at a generally lower level than we currently see during heavy rainfall. This effect has been known from early studies in catchments such as Plynlimon in Wales, and Coalburn and Balquidder in Scotland.

The recent floods in the north-west were linked to record rainfall figures – Cumbria, for example, saw 341.4mm of rain in 24 hours. The flooding that occurred in Carlisle in December 2015 surpassed the 2005 event which generated a flood peak that exceeded the one in 200-year event that is the standard of protection for the city and followed extreme rainfall in the River Eden catchment area.

Rapid deployment of an sUAV (a Small Unmanned Air Vehicle) after the event captured imagery and evidence of the flood’s extent. It revealed that the entire floodplain along the main river and its tributaries was active during the heavy rainfall, along over 60km of surveyed watercourse. This has obvious implications when evaluating the value of natural flood management measures for an event of this magnitude.

Small storage measures and obstructions erected in channels, including bed raising and feature restoration such as removing or relocating banks, will have slowed and stored water even though it eventually reached capacity. It is critical that flow on the floodplain is slowed relative to the main channel and it appears from the morphological activity and infrastructure damage across floodplain areas that this was minimal.

The role of the floodplain would seem obvious in controlling downstream flooding yet it did not prevent flooding in Carlisle. It seems that in big events, attempts to increase the natural physical storage of water in the catchment is not going to stop urban areas flooding – but does this mean that natural flood risk management is ineffectual when it comes to preventing urban flooding during extreme events?

Sadly, we still don’t have answers for this. We simply do not know how much land compaction caused by livestock and farm machinery and poorly-timed planting and cropping has increased surface runoff, how significant or even how extensive our surface and subsurface land drainage network is in relation to flood wave generation, or just how dysfunctional our river floodplain system is.

One thing is certain. The floods have left a vast amount of evidence and information in the Eden and other catchments impacted by the recent flooding and we must act to capture these data before they are lost. And national and local government, insurance companies and funding agencies must seriously consider the following as part of their response:

The Environment Agency must release all of its flood image archives to allow the role of catchment floodplain inundation to be quantified for all recent and historic floods. This will tell us whether, like the Eden, the floodplain is being fully utilised during extreme events or if physical capacity remains to store and slow floodwater.

We need improved flood models that provide a fully integrated whole river and floodplain understanding of flooding. The capacity and data to develop 2D flood models now exist. Such a model would allow for a realistic simulation of catchment interventions such as natural flood risk management.

The impact of land management must be rapidly evaluated across catchments impacted by the recent floods. Drainage efficiency is clearly visible in the catchment areas as they recover from the flooding: compacted soils show signs of erosion and water-logging; patterns of redistributed sediment shows how flows were concentrated; and we can see how efficiently soil has drained from rapidly drying fields. These data can form a spatial map of areas that can impact the generation of flood flow and could allow the strategic deployment of alternative land management measures.

Small-scale, piecemeal natural flood management measures are not the answer to controlling the flooding in Carlisle, and the Eden catchment is evidence of the ever present risk of extreme events. However, large-scale, long-term management of the catchment is exacerbating problems for urban areas downstream. Government ministers talk about appropriate catchment and floodplain management, but this can only realistically be achieved through the development of evidence-based mapping. This offers a clear and focussed way forward that will allow holistic planning of flood reduction measures. We have a near unique and certainly time-limited opportunity to gain a greater understanding of these impacts and must take targeted and immediate action to gather this information before it is lost.