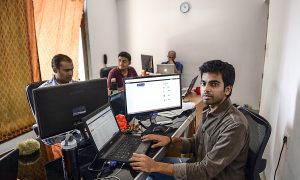 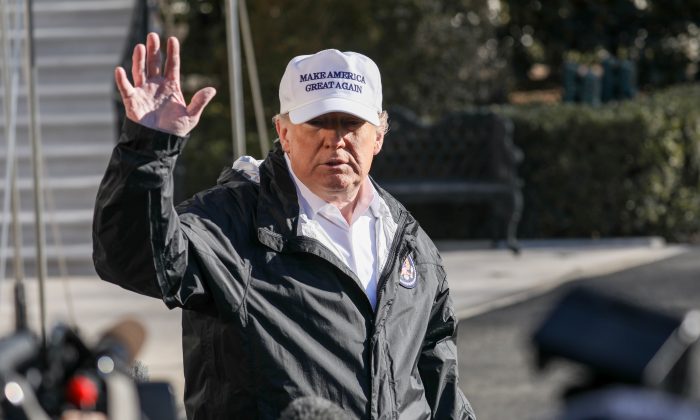 Changes to H-1B Visas to Include ‘Potential Path to Citizenship,’ Trump Says

Hundreds of thousands of foreign workers working in the United States on H-1B visas may soon be granted a path to citizenship, according to President Donald Trump.

“H1-B holders in the United States can rest assured that changes are soon coming which will bring both simplicity and certainty to your stay, including a potential path to citizenship,” Trump wrote on Twitter. “We want to encourage talented and highly skilled people to pursue career options in the U.S.”

Trump has vowed to fix issues with the H-1B visa system and ordered federal agencies to come up with proposals for reforming it. The H-1B system currently operates as a lottery and does not offer a path to citizenship. The president has said that foreign workers should be selected based on skill and paygrade and must not replace Americans.

The cap on the visas has frustrated tech giants, who rely on the H-1B program to bring in skilled workers due to a shortage in the United States. As a requirement, employers can’t offer an H-1B petition to a foreign worker if there are Americans vying for the job. Yet only a small portion of the total petitions are granted due to the cap, which can only be raised by the Congress.

“The cap is not sufficiently high to guarantee that person getting a work visa. I can completely understand how frustrating that would be to the employer,” the director of U.S. Citizenship and Immigration Services, Francis Cissna, said in August last year.

The H-1B visa allows foreigners to work in the United States for three years, with options to renew their stay. Silicon Valley companies are the heaviest users of the H-1B visa.

In April 2017, President Donald Trump ordered the attorney general and the secretaries of state, labor, and Homeland Security to propose reforms to the H-1B visa system. The executive order did not provide a deadline for the proposals. The president’s message on Jan. 11 suggests that the White House has reviewed at least one proposal and has decided on a course of action.

Trump issued the message on H-1B amid a government shutdown which resulted from an impasse with congressional Democrats, who are refusing to fund a security package for the southwest border that includes funds for constructing a barrier, Trump’s signature campaign promise.

Silicon Valley tech giants overwhelmingly support Democrats, which may mean that Trump is using the potential H-1B reforms as a bargaining chip to make a deal that would scupper the stalemate and end the shutdown.

A bill introduced in Congress in 2017 would crack down on outsourcing companies that import large numbers of H-1B workers for temporary training purposes, only to send the workers back to their home countries to do the same job. Specifically, the bill would prohibit companies with more than 50 employees, of which at least half are H-1B or L-1 visa holders, from hiring additional H-1B employees.

Charlotte Cuthbertson and Emel Akan contributed to this report.