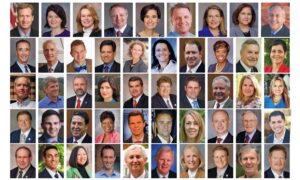 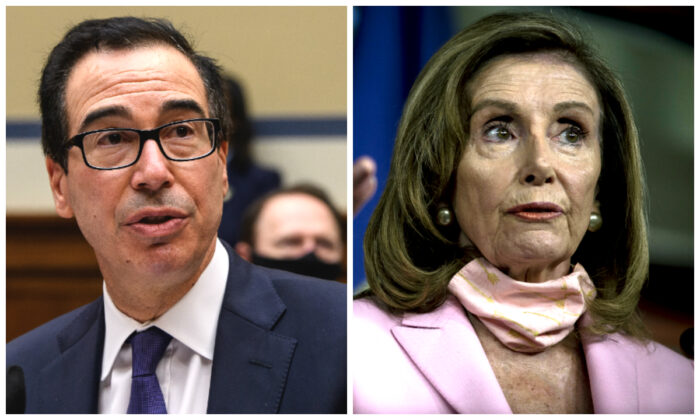 Public statements made by members of Congress this week suggest there is pessimism about passing a pandemic stimulus bill, with some warning that the measure won’t be passed until after the November election or after the year is over.

“Congress isn’t going to pass more COVID-19 relief before the election,” Sen. Marco Rubio (R-Fla.) wrote on Thursday morning. “And the biggest reason why is [House] Speaker [Nancy] Pelosi & Senator [Chuck] Schumer believe Trump & the GOP will be blamed for the pain doing nothing will cause & that will help them win the White House & Senate in November.”

“Most everyone knows how bad it’s going to get over the next two months without more aid,” Rubio also remarked.

Around the same time on Thursday, Pelosi (D-Calif.), in her weekly press conference, made similar accusations about the GOP and White House as the Senate is prepared to vote on a slimmed-down pandemic relief bill later on Thursday. That bill likely will not clear the 60 votes needed to overcome a Democratic filibuster.

She said a bill introduced by Senate Majority Leader Mitch McConnell (R-Ky.) earlier this week is merely the Kentucky Republican “being his cynical self,” noting that it has no chance of passing in Congress without bipartisan support.

But Pelosi said she is optimistic that Republicans and the White House will pass a funding measure for state and local governments, which Democrats have sought. They included more than $900 billion for those jurisdictions in the House-passed $3 trillion HEROES Act, which passed in May.

“I think there’s always some possibility, but … unless something really broke through, it’s not going to happen,” said Sen. Richard Shelby (R-Ala.) in an interview with The Hill. “I don’t think there will be” any deal, said Sen. Mike Braun (R-Ind.), adding that there is “zero” chance of a measure passing before November.

Last month, talks between the White House and Democrats broke down and few conversations have been held between the two parties since then. Treasury Secretary Steven Mnuchin rejected a Democrat offer to cut their HEROES Act by about $1 trillion, noting there are differences between the overall price of the bill and key policy provisions such as funding state and local jurisdictions.

When asked on Wednesday about a deal being completed by the end of 2020, Mnuchin replied, “I don’t know. We’ll see. I hope there is. It’s important to a lot of people out there.”

Before that, the last statement Mnuchin gave to the media was about funding the government before the Sept. 30 deadline, saying that he and Pelosi came to an agreement to pass a continuing resolution to keep the government funded without any additional CCP virus-related provisions added in.

Pelosi seemingly acknowledged Mnuchin’s assertion on Thursday, saying that a “clean” continuing resolution won’t include COVID-19 funding but noted that “anomalies” may be introduced. “COVID would not meet that definition and those negotiations are separate from this,” she told a news conference.

Meanwhile, Republicans, with Thursday’s vote on a slimmed-down bill, have pushed the claim that some funding is better than no funding. Their bill includes small business loans, $300-per-week unemployment benefits, and funding to reopen schools.

Pelosi, however, rejected the claim, saying in a televised interview this week: “No, it isn’t. …I hear it a lot. And, clearly, it springs from all the good intentions we all have to help people as soon as we can. [But] it does nothing.”

The impasse puts at risk possibly trillions of dollars in COVID-19 aid for families and small businesses, including $1,200 stimulus payments for individuals, extra unemployment measures, and billions to help schools amid the CCP virus pandemic.